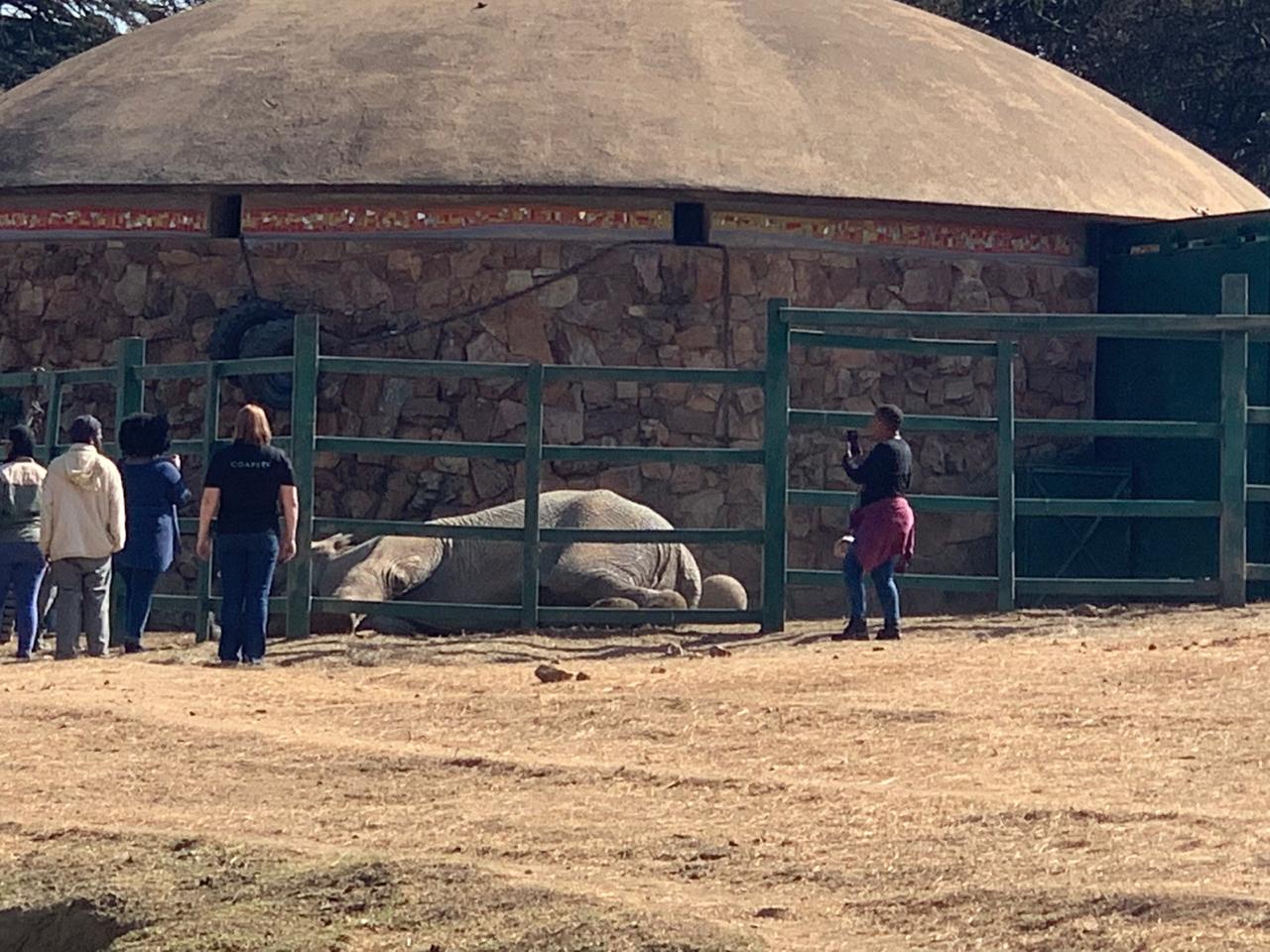 SAXONWOLD – The National Council of SPCAs responds to comments issued by the Joburg Zoo regarding their World Elephant Day celebrations.21 mins ago

Mopani sits upon instruction from a volunteer at the Joburg Zoo on World Elephant Day. Photo: Sarah Koning

The National Council of SPCAs said the Joburg Zoo has misled the NSPCA and the public concerning the World Elephant Day events and responses from organisations the following the event.

Wilson said that contrary to the statement from Maduka, the training ‘moves’ or ‘actions’ that the elephants were subjected to are ‘performance’ behaviours specifically required for elephant back safari and elephant interactions in a free contact situation.

“These are not behaviours or positions required for medical and health checks.”

She said that foot and mouth checks and presentation for blood drawing can and are done without the need for the elephant to go into an extended or down position (on all fours and knees extended). “This position is not comfortable for an elephant and places unnecessary strain on the joints. Elephants have unusual lung anatomy and, combined with this position, it can cause unnecessary respiratory distress.”

Wilson said an elephant restraint device (ERT), mentioned in the zoo’s Elephant Management Plan, can instead be used, allowing for safe and humane restraint for medical checks.

She said the down position and lying flat on the side in full lateral recumbency place the elephant in a vulnerable position and combined with the noise from the crowd and music at the event, add stress to the elephants.

Wilson said all three elephants, at different times during the event, showed significant temporal streaming, which is a documented and published sign of stress.

She added that performance tricks contravene the Elephant Management Plan of the zoo (which states that programmes are not designed for tricks) and the World Association of Zoos and Aquaria (Waza) welfare policy (which states that zoos depend on the recognition that their profession is based on respect for the dignity of animals). “The elephant day trivialised and did nothing to respect the dignity of the elephant,” said Wilson.

“From the elephants’ behaviour (temporal streaming, repeated defecation and urination, running in circles, tails and ears extended, buckled hindquarters, dust throwing) the elephants were obviously distressed and at no stage did any zoo staff present stop the performance or take any action to reduce stress,” said Wilson in response to Waza’s code which states that if the welfare of the animal is compromised, the presentation should be brought to a conclusion.

Wilson stated that Maduka’s comments that ‘the NSPCA has no training in the management of elephants’ is misleading and inaccurate. She stated that the NSPCA has not only won court cases on elephant welfare and cruelty, but also from an elephant behaviour and welfare perspective the NSPCA employs staff with extensive hands-on experience in elephant welfare, rearing and rehabilitation of calves, rehabilitation and management of abused and burnt elephants and more.

“The Joburg Zoo has consistently misled the NSPCA – denying the fact that they are getting more elephants… and categorically denied the direct involvement of their elephant on World Elephant Day to the NSPCA days before the event, which was a blatant lie. These are just examples of the deceitful nature in which the NSPCA has been treated by the zoo and they continue to mislead the public,” said Wilson.