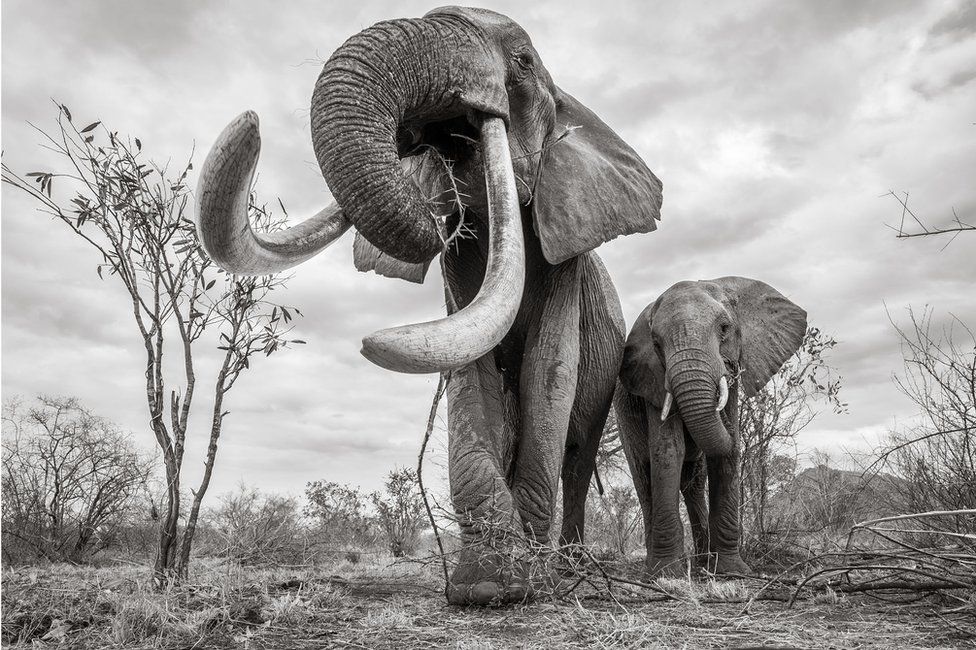 Poaching is the most immediate threat to African elephants (Loxodonta africana). Several continental‐wide surges in poaching have occurred since the latter half of the twentieth century, and the latest surge occurred from 2007 to 2012. The behavioral responses of elephants to poaching risk has not been studied widely because of a lack of high‐resolution movement data collected simultaneously with verified causes of mortality. We managed to collate 2 such datasets from 2004 to 2013. We studied the spatial‐temporal changes in movement behavior of 11 elephants in their core areas. Past studies have focused on elephant movement along corridors. We tested for the effect of poaching risk on their path straightness (i.e., tortuosity) while controlling for other environmental and human activities in the landscape using a set of generalized linear mixed models. To test for temporal variation of tortuosity, we used a time‐series linear model. Elephants turned less frequently while they were in poaching locations and at times with a high level of poaching activity, even though their speed did not change. The variation of tortuosity is a good indicator of differences in poaching risk as perceived by the elephants, which could complement patrol‐based anti‐poaching efforts by wildlife managers, especially in remote, inaccessible landscapes.