Poaching on the rise, but CITES COP19 downgrades status of southern white rhino 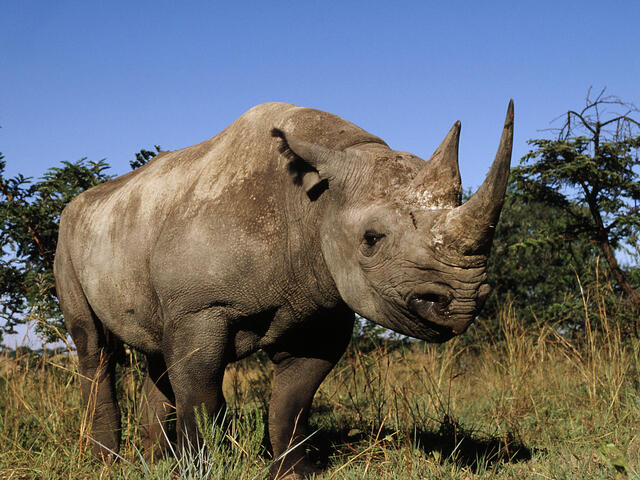 Himanshu Nitnaware, Down to Earth

In a major setback to rhino conservation in Africa, the proposal to downgrade the status of southern white rhino from Appendix I to Appendix II was accepted at the 19th Conference of Parties (COP19).

The COP19, organised by Convention on International Trade in Endangered Species (CITES) in Panama City, accepted the proposal by Botswana and Namibia to degrade the status. Wild animal species listed in Appendix I include those threatened with extinction.

The animals named under Appendix II may not necessarily be threatened with extinction, but trade of such species should be controlled to ensure it does not threaten their existence.

The proposal was confirmed after it received 83 votes in favour, 31 against it and 13 abstentions.

The countries made the proposal to enable international trade in southern white rhinoceros of Namibia only for trophy hunting and live conservation purposes, according to the media release issued by CITES.

Namibia’s white rhino population is estimated to be around 1,237 individuals, the press statement noted.

However, as many as 57 white rhino were reported poached in Namibia between 2013 and 2020, according to government data. An additional 12 were acknowledged in 2021.

Some 48 rhinos were recorded to be poached in Namibia through August 2022, which included 32 black and 16 white animals. The poaching of the wild animal species continues to frustrate preventive dehorning campaigns.

It further observes that between April 2021 and March 2022 alone, 59 horns were seized, originating from both black and white rhinos.

The amendment restricted the downgrading to live animals, for in situ conservation purposes only. The initial proposal also sought the export of hunting trophies.

The decision does not reopen the international trade in rhino horn. However, the downgrading of the classification will be perceived as decreased protection to the species among smuggling channels in countries where poaching is rampant.

The proposal acceptance also means that the rhinos can be relocated over long distances from one country to another.

Despite the setback, the parties at COP19 rejected the proposal made by Eswatini, formerly known as Swaziland, to reinstate trade in rhino horns.

The proposal was rejected with 85 votes against it, 15 in favour of the same and 26 abstentions. Vietnam was one of the countries opposing it, while China was among the ones favouring, despite it shutting down the domestic rhino market.

Countries like Zimbabwe, South Africa, Botswana and Namibia failed to reintroduce trade in ivory and hide with 83 votes against their proposal, with 15 in favour followed by 17 abstentions.

The proposal was supported mainly by the Democratic Republic of Congo, Zambia, Cambodia, Cuba, Eswatini, Tanzania and even China, which has shut down the domestic market of elephant ivory.

It may be noted that King Mswati III International Airport in Eswatini is a hub for rhino horns imported illegally from South Africa and other southern African countries.