Press Release: Wildlife campaigners and partners deeply saddened as Riff Raff the ‘problem’ elephant is destroyed despite huge efforts to save him 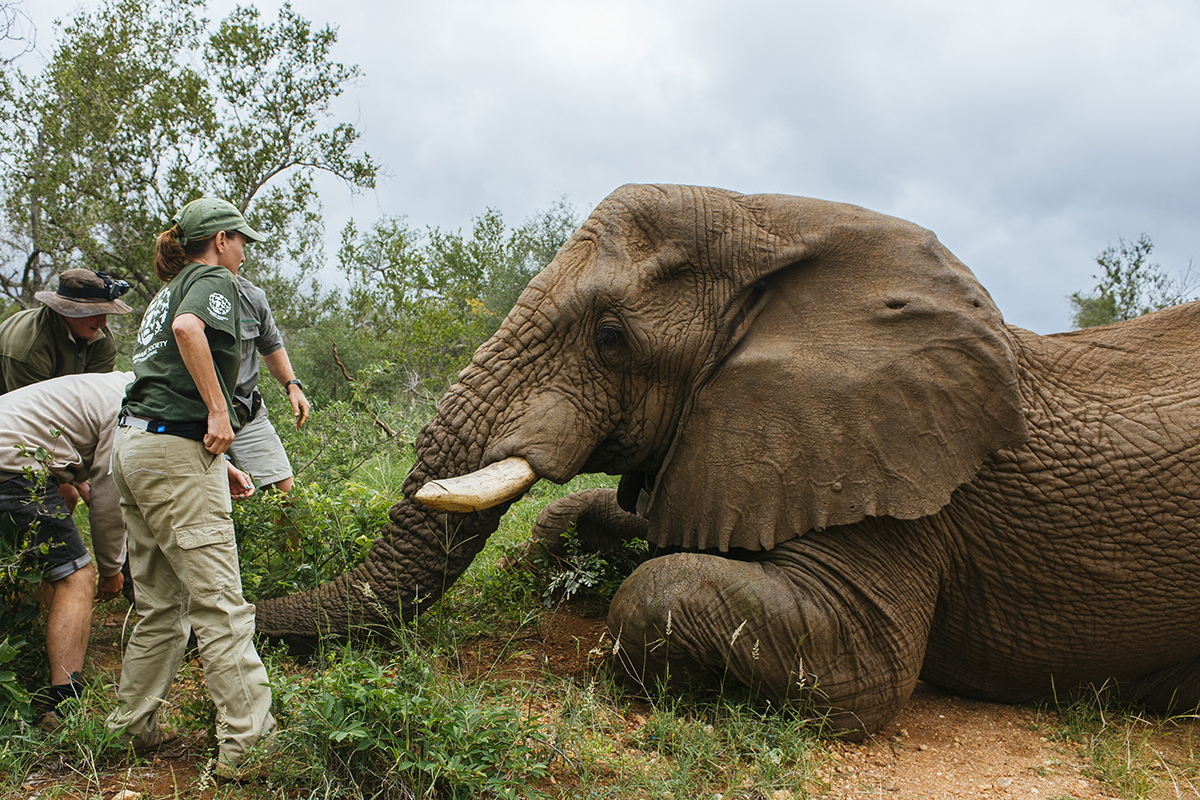 CAPE TOWN (18 Nov. 2020) – Wildlife campaigners at Humane Society International-Africa (HSI-Africa) have expressed their deep sadness and frustration after a three-year effort failed to save the life of Riff Raff the bull elephant dubbed a ‘problem’ animal for trampling fences erected through his range.

For the past three years, HSI-Africa has worked to protect the 45+ year old bull elephant living in Limpopo, as part of the organisation’s human-wildlife co-existence program. As elephants and people increasingly compete for land across South Africa, lethal solutions are too often resorted to, to eliminate what have become dubbed ‘problem’ animals. Riff Raff became an iconic example of how wildlife management policies systematically fail to address the biological needs and instincts of elephants, after a landowner on Riff Raff’s reserve erected an exclusion fence in 2016 preventing him from accessing land to which he was genetically hard-wired to return to. After tramping those fences to return to his former home range, Riff Raff faced destruction as he was declared a ‘problem’ elephant. HSI-Africa and partners Global Supplies battled to save Riff Raff from the bullet, including multiple court appeals culminating last year in the Limpopo High Court overturning the destruction order and allowing Riff Raff to be relocated as a more humane alternative.

Last week, after finally securing the required permits, Riff Raff was successfully moved to a new location with willing partners in the North West Province where provision had been made for him to live the rest of his days. Unfortunately, after arriving safely Riff Raff failed to settle and instead made repeated efforts to move outside of the protected reserve and into areas inhabited by rural communities.

Despite determined and repeated efforts by staff on the ground and in the air to keep him in the safety of the reserve, Riff Raff continued his push to break out, and in consultation with authorities, it was decided to humanely destroy him.

Audrey Delsink, elephant biologist and HSI-Africa wildlife director who has spearheaded efforts to save Riff Raff, said: “This is a devastating blow for the whole team and we are all deeply saddened by such a tragic and avoidable end for a magnificent wild elephant. Riff Raff should have been free to live his life undisturbed by human pressures but instead he has been the victim of South Africa’s wildlife management system that fails to protect animals from human conflict situations. We share this land with these magnificent giants, and South African laws and policies must change to ensure that conflict is mitigated, and wildlife are allowed to respond to their normal biological drivers. We are very grateful to all our partners and supporters who put so much energy into trying to save Riff Raff. In his memory, we remain committed to protecting and keeping wild animals in the wild and advocating for the most humane and least invasive practices possible to reduce conflict with people.”

Riff Raff came to symbolise how management policies fail to consider elephant ranges and movement patterns, and how barriers can exacerbate human-wildlife conflict. Sadly, this elephant is representative of the fate of many elephants who break out of fenced reserves. HSI-Africa believes that less harmful alternatives – such as immunocontraception and tusk bracing – to destroying wild animals under South Africa’s damage-causing animal protocols, should always take precedence. The plight of elephants like Riff Raff must encourage us to consider new and innovative alternatives including wildlife corridors and larger ranging areas not hampered by the slow wheels of policy and process. We hope that the other “Riff Raffs” of our world will be met with greater tolerance as we seek refuge for them.