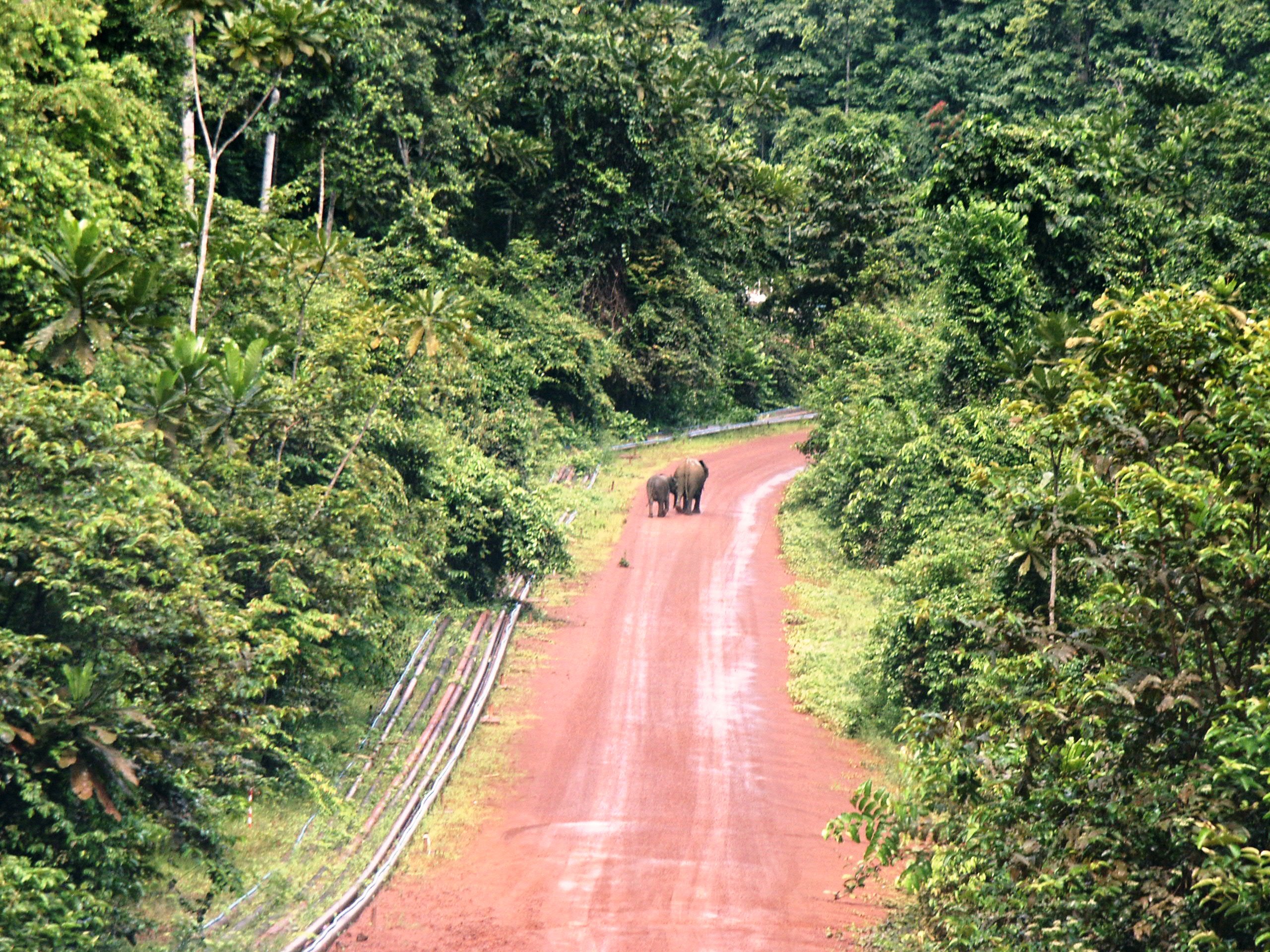 Sub-Saharan Africa is developing rapidly. With growing economies and increased trade, major road infrastructure plans have been developed for the region, which also hosts some of the world’s most unique and diverse ecosystems. New research looked into how roads might impact ecosystems in the region.

Sub-Saharan Africa is one of the most biologically diverse places on the planet. It is home to a variety of iconic flora and fauna such as the African elephant, the baobab tree, and the chimpanzee, and also generates a range of ecosystem goods and services that sustain the livelihoods of many people. Road developments in the region are expected to have large and potentially harmful impacts on natural ecosystems across the region. Many in the conservation community believe that although these roads may benefit growing African communities and economies, they will also promote the overexploitation of African natural resources and further biodiversity loss.

Most of the current literature on the ecological effects of roads tends to focus on single species, and the effects noted are almost always easily identifiable and quantifiable. Roads however, affect entire ecosystems, including plant and animal communities, regional hydrology, geological formations, and even the chemistry of the air above. Previous research efforts have concentrated on the outcome rather than the mechanisms underlying road-species interactions.

Wanting to consider a more multidimensional approach, a new study by researchers from the International Institute of Applied Systems Analysis (IIASA), Austria and the University of Cape Town (UCT), South Africa published in Environmental Research Letters, set out to analyze the impacts past road projects in the region have had on ecosystems inside and outside protected areas across sub-Saharan Africa. The researchers reviewed 137 peer reviewed articles in search of documented reports of the effects of roads and their underlying mechanisms in areas across the region. Reports and evidence were divided into the four main regions of sub-Saharan Africa: Central Africa, East Africa, southern Africa, and West Africa. When analyzing the effects on biodiversity, specific taxonomic groups were also reviewed separately. All effects noted by the researchers contained identified mechanisms such as roads acting as barriers to movement or as a habitat, and by facilitating access, specifically to previously inaccessible land, markets, cities, and economic opportunities.

“Mitigating and managing the effects of future road development in sub-Saharan Africa will require researchers and environmental assessment practitioners to predict where interactions will happen and whether it is likely to affect ecosystem functionality. Thus far, our understanding of how roads can impact natural ecosystems has been dominated by research from North America and Europe. Apart from the difference in biophysical characteristics, the stark differences in socioeconomic, political, and demographic factors in the region leads to unique ways in which roads can interact with ecosystems,” explains IIASA Young Scientists Summer Program (YSSP) alumna Lavinia Perumal, lead author of the study currently associated with UCT.

The results show that roads both inside and outside protected areas, for the most part, had negative impacts on biodiversity. While protected areas were slightly more effective at reducing road-related animal mortality, the data shows that roads inside protected areas still restrict animal movement. Another interesting finding was that these interactions were not the same between regions, leading the authors to conclude that while new road development in and around protected areas across sub-Saharan Africa is problematic, they may pose the greatest risks in Central Africa.

Overall, it was clear that roads play a significant role in altering species distribution and land use patterns throughout the region. The researchers found that road-induced access was one of the main mechanisms by which these impacts developed. Access for illegal hunters and loggers into natural habitats and to markets often influenced species abundance and movement. Accessibility, specifically access to previously inaccessible land, markets, cities, and economic opportunities, was also associated with an increase in built-up area, urbanization, logging, and cropland expansion in the region. Although there were reports of roads having no significant or even a positive impact on species, there was less certainty around the mechanisms causing these effects since many were either speculated or unknown.

The researchers point out that for a developing region like sub-Saharan Africa, this is as much a socioeconomic issue as it is environmental. It is impossible to ignore the role of poverty, gender, governance, or even food insecurity as the reported effects do not always operate in isolation and are often dependent on several biophysical and socioeconomic factors. Poaching, illegal harvests, human-wildlife conflict, and future land use are all things that also need to be taken into account. In fact, land use change is predicted to be one of the largest drivers of biodiversity loss in Africa, which can be worrying for conservationists, as road development is one of the first steps in the facilitation of land use.

“Although it is important to protect ecologically sensitive areas, the complex nature of accessibility in sub-Saharan Africa should not be ignored in future road design and conservation strategies. Achieving a balance of both environmental and development needs is a challenge that the region is going to have to address,” concludes study coauthor and IIASA researcher Matthias Jonas.