SADC countries gang up against CITES over ivory trade 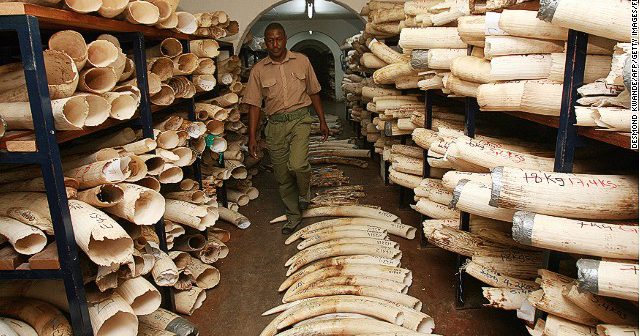 In a dramatic turn of events, Botswana has joined forces with
Namibia, South Africa and Zimbabwe to compel the Convention on
International Trade in Endangered Species of Wild Fauna and Flora
(CITES) to open up ivory markets for the four southern African nations
ahead of the organisation’s forthcoming meeting taking place in May in
Sri Lanka.

In 2016, during the CITES meeting held in South Africa, Botswana was
initially party to the proposal to open up ivory trade only for it to
climb down and support a total ban on ivory. But according to the latest
proposal to CITES, a copy of which has been seen by The Southern Times,
Botswana has thrown its weight behind a proposal to weaken restrictions
on ivory trade.

In their latest proposal, the four Southern African nations are calling
for a number of amendments to certain controls by CITES.

They want trade in hunting trophies for non-commercial purposes and
trade in live animals to appropriate and acceptable destinations for
Botswana and Zimbabwe and for conservation programmes for Namibia and
South Africa.

They are also calling for trade in individually marked and certified
ivory incorporated in finished jewellery for non- commercial purposes
for Namibia and ivory carvings for non-commercial purposes for Zimbabwe.

They also want trade in registered raw ivory (for Botswana, Namibia,
South Africa and Zimbabwe, whole tusks and pieces) subject to the
following: only registered government-owned stocks, originating in the
State (excluding seized ivory and ivory of unknown origin).

The quartet also want to deal only with trading partners that have been
verified by the Secretariat, in consultation with the Standing
Committee, to have sufficient national legislation and domestic trade
controls to ensure that the imported ivory will not be re-exported and
will be managed concerning domestic manufacturing and trade.

The trade in some of the goods should not be done before the Secretariat
has verified the prospective importing countries and the registered
government-owned stocks.

“On a proposal from the Secretariat, the Standing Committee can decide
to cause this trade to cease partially or completely in the event of
non-compliance by exporting or importing countries, or in the case of
proven detrimental impacts of the trade on other elephant populations,”
reads the proposal in part.

According to the document, “This proposal seeks to amend the Annotation
to the listing of the elephant populations of Botswana, Namibia, South
Africa and Zimbabwe in Appendix II as elements of this Annotation are no
longer relevant or not appropriate.”

CITEs explained that Appendix II includes species not necessarily
threatened with extinction, but in which trade must be controlled in
order to avoid utilization incompatible with their survival.

In justifying why they are calling for the weakening of the restrictions
on ivory trade, the four countries stated that Southern Africa has the
largest population of the African elephant in the world.

Despite the increasing threats faced by elephants, chief among them
being habitat loss and poaching, the elephant populations of Southern
Africa in general and the four countries named in this proposal
specifically are secure and expanding.

It states that the elephant populations of Botswana, Namibia, South
Africa and Zimbabwe are an anomaly in CITES. The document says these
populations comprise around 256,000 elephants or 61.6% of all remaining
elephants in Africa at the time that their continental status was
reviewed most recently.

“The populations of all four countries show increasing, stable and
non-significant declines. Further, a quarter of a million elephants are
being managed in the world’s largest transfrontier conservation area,
the Kavango Zambezi Transfrontier Conservation Area (KAZA TFCA) by five
countries (Angola, Botswana, Namibia, Zambia, Zimbabwe) to which the
elephant populations of Botswana, Namibia and Zimbabwe contribute more
than 80%,” states the document.

It adds that “Movement corridors between the various national parks,
conservancies, game reserves, state forests and hunting areas in the
TFCA are being established or rehabilitated, strong cross border
cooperation exists on law enforcement and anti-poaching and a long-term
elephant conservation strategy for the TFCA is under development. The
costs of these processes are high and beyond the reach of the
participating governments.”

It further noted that “Very little in CITES recognizes or supports any
of this enormous achievement (conservation programmes) or serves to
assist countries with large elephant populations to continue protecting
them in the face of human population increases, infrastructure
development and other changes in land use that erode wildlife habitat.”

Taking a broadside at the international organisation, the document
states that “CITES has acted as an inhibitor and not an enabler of
progress. The Conference of the Parties has repeatedly discounted the
importance of the Southern African elephant population and its
conservation needs against other regions in Africa.”

The document says that national parks in the four countries cannot
absorb any additional elephants or in some cases even maintain the high
levels of elephant populations that they already hold.

It is essential, the documents say, that free movement of elephants in
and out of protected areas and wildlife habitat on neighbouring land and
in neighbouring countries are enabled. For that to happen, the document
notes, the cooperation and goodwill of the people occupying that land
are essential.

“Rural people can co-exist with elephants; there is ample demonstration
of that in Southern Africa, under the right conditions of benefitting
from elephants and exercising their rights in making decisions over
elephants and elephant habitat. Rural people have rights, rights that
are far more fundamental and internationally recognized than is applied
in decision-making in CITES,” reads the document. It also observed that
such rights cannot just be ignored or discounted in favour of extraneous
considerations.

The document called on the Conference of the Parties (members of CITES)
to recognize that it has to operate within the overall international
governance framework, which includes due recognition of the right of
local people to development and the right to make decisions over the
resources that people depend on.

“The Conference of the Parties is accordingly requested to approve this
proposal and thus allow the proponents, who are the Parties that have
demonstrably been amongst the most successful in conserving elephants,
to further strengthen their conservation programmes through regulated
trade in elephant products;” it also stated.

The document concluded thus “It is time to remove the anomaly of having
256,000 elephant on Appendix II being treated as if they are on Appendix
I, against the wishes of the people who own them and who have the most
to lose or gain from them.”

Appendix I includes species threatened with extinction. Trade in
specimens of these species is permitted only in exceptional circumstances.