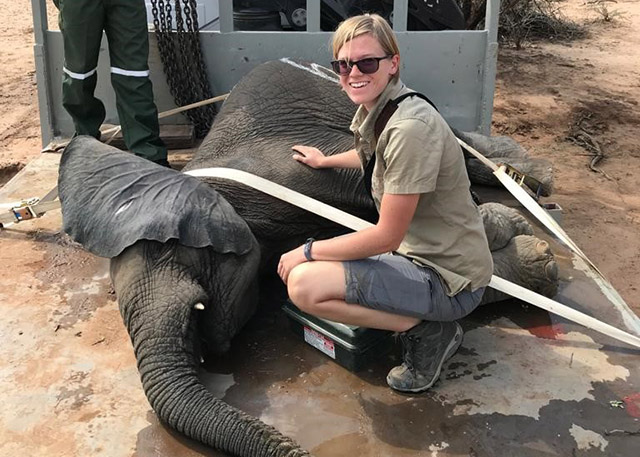 By Shailaja A. Lakshmi – Marine Link

A family of six elephants were loaded aboard the freighter El Nino in the port of Walvis Bay and is destined for an upmarket tourism Game Park in Kinshasa, Democratic Republic of Congo (DRC).

“This is the first time a consignment of such magnitude involving adult elephants is leaving the country and will definitely not be the last as this was a trial run to guarantee that future exportations are conducted smoothly, said a press release from Namport, operating as the National Port Authority in Namibia, manages both the Port of Walvis Bay and the Port of Lüderitz in Namibia.

On the safety of the animals during the transhipment, Dr Ulf Tubbesing from Wildlife Vets Namibia said that “a team of experts is involved during the entire process of the transportation of animals and also accompanies the consignment up to time of discharge to ensure that the elephants are well looked after”.

Late last year, a consignment of 205 animals was transported from Walvis Bay to the same tourism Game Park in Kinshasa.

According to Dr Tubbesing the animals which were released into strictly non-hunting reserves, are faring very well and have reproduced significantly.

Another consignment of elephants is expected to be shipped to DRC in the coming month of June.