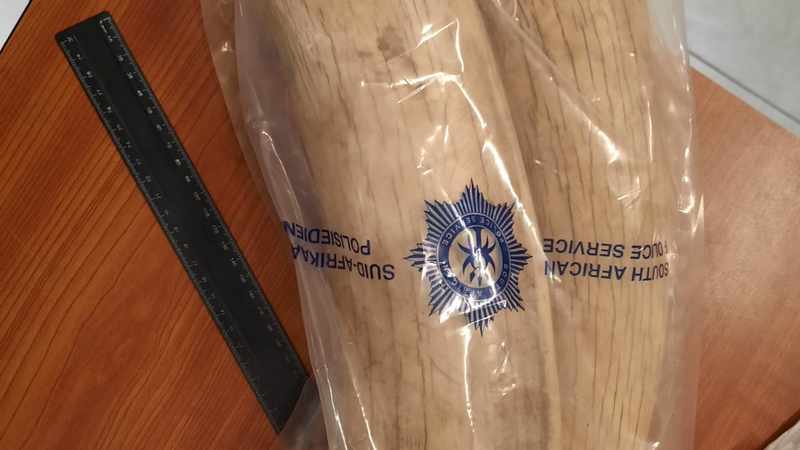 A 39-year-old man is expected to appear before the Calcutta Magistrate’s Court in Bushbuckridge, Mpumalanga, today after he was arrested by the Nelspruit Hawks Serious Organised Crime Investigation, the White River K9 Unit and Mpumalanga Tourism and Parks Authority.

The arrest took place during a search-and-seizure operation conducted on November 30 at Cork Trust under the Bushbuckridge policing area, near Kruger National Park.

A media statement released by the Hawks Directorate for Priority Crime Investigation stated the arrest occurred after a tip-off was received.

The team proceeded to the identified address where, during the search, two elephant tusks were found and seized.

The male suspect was arrested and charged under section 22 of the Mpumalanga Nature Conservation Act 10/1998 regarding the illegal possession of ivory.

The man was detained pending his first court appearance.