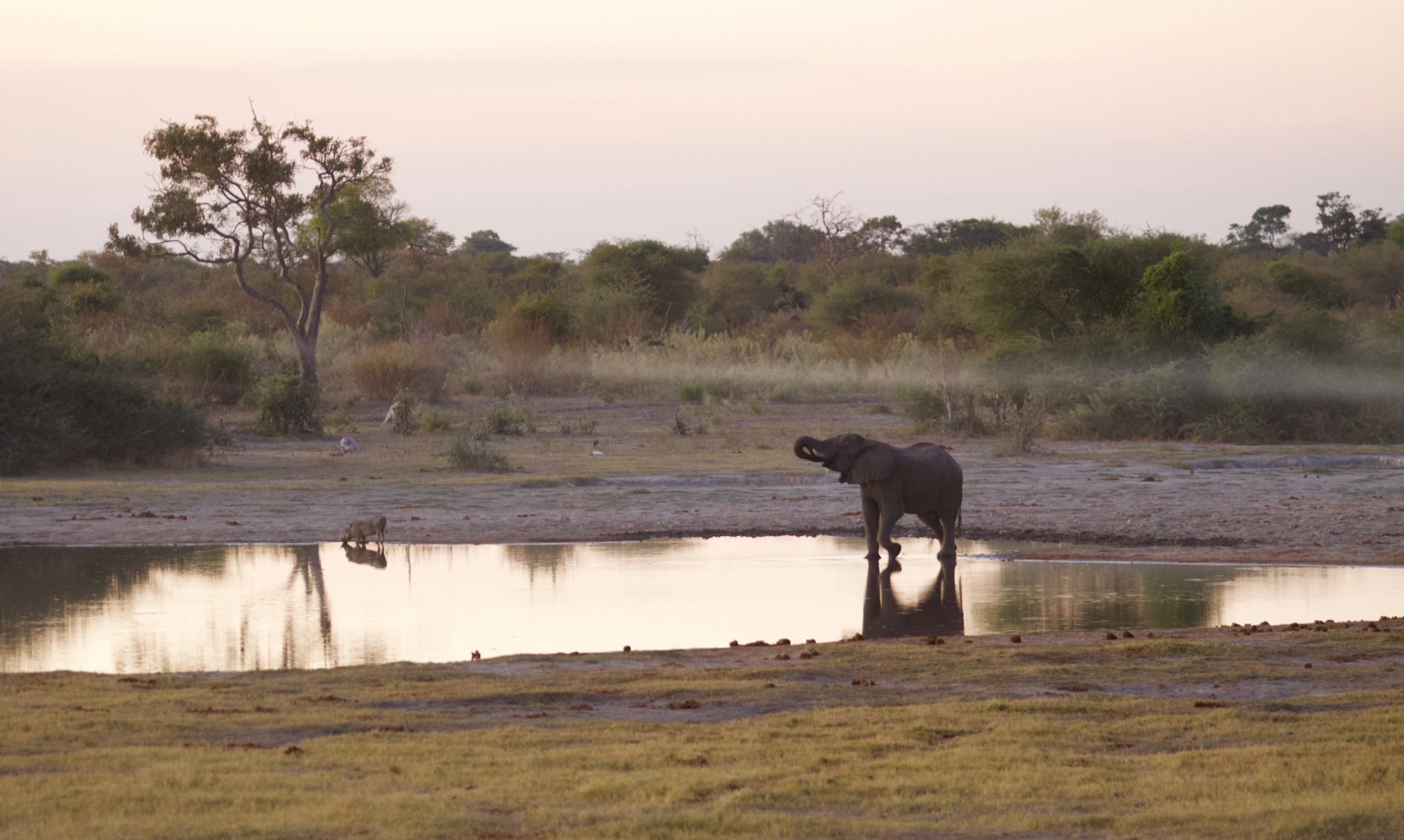 “It is with great pleasure that I welcome you all to Zimbabwe and especially to the Victoria Falls National Park and World Heritage Site, one of the world’s seven natural wonders. As many of you may be aware, Victoria Falls is situated in the Kavango-Zambezi Transfrontier Conservation Area (KAZA) which is the home of the African elephant.”

This was the opening statement by Zimbabwe’s President Emmerson Mnangagwa who launched the proceedings of the inaugural Wildlife Economy Summit this week. It is the first of its kind on the African continent and is convened by the United Nations Environment Program (UNEP) and the African Union (AU). The summit is being held under the theme ‘Communities for Conservation, Harnessing Conservation Tourism and Supporting Governments’.

As mentioned by Mnangagwa, the focus will be on the enormous elephant-rich half-million square kilometre KAZA-TFCA, which brings together the five southern African nations of Angola, Namibia, Zambia, Botswana and Zimbabwe.

Yet despite it been lauded as a wildlife and human success story, the five governments that make up KAZA are failing to protect both wildlife and improve the economic opportunities for the many human communities living within the area.

According to a recently publicised research paper, this is due to the continuation of divided borders, fragmented and fenced landscapes, rampant poaching, human poverty and climate change.

Poaching remains the top threat to wildlife in KAZA. The study identifies three categories of poachers that operate in the KAZA:

The researchers said that in KAZA, “poaching of valuable species like elephant is serious, as exemplified by the number of carcasses observed during the 2015 wildlife aerial census coordinated by Elephants Without Borders (EWB).”

The most affected elephant population is in the Angolan component of KAZA where carcasses were found to represent 43% of the entire living population – that’s almost a dead elephant for every live one counted. Zambia has the second highest elephant mortality with a carcass ratio of 12%. In some places, like Sioma-Ngwezi National Park, the ratio has reached 85%. Zimbabwe is third with mortality rates at 8% of the living population.

Considering that KAZA has the highest number of elephants (almost 200,00) on the African continent, increasing demand for ivory will continue to exert pressure on elephant populations. Already, the illegal offtake of elephants in the Sioma-Ngwezi National Park of Zambia exceeds the growth capacity of the species. The areas most threatened by poaching are in Zambia and the Hwange-Kazuma-Chobe and Chobe-Zambezi floodplain areas that span Botswana, Namibia and Zimbabwe.

Habitat loss is as huge a threat as poaching, especially in the southern and western provinces of Zambia and the Zambezi Region of Namibia. Both areas are projected to be the most populous in KAZA by 2050.

“The projected population growth will affect the natural resource base through increased demand for arable land, food, water and firewood. Expanded agricultural activities will lead to further encroachment into remaining wilderness areas, including wildlife dispersal corridors that facilitate linkages among the 36 protected areas of the KAZA-TFCA…the degradation natural resources will impinge on the people’s livelihoods. Expanding human populations and settlements will also increase human-wildlife conflicts and poaching – both for enlarged local consumption of bush-meat and for illegal trade in wildlife,” the researchers said.

“In the Zambian component of KAZA, charcoal production facilitated by poor regulatory mechanisms is a serious problem, causing deforestation and habitat degradation around Kafue National Park. Deforestation is heightened by illegal extraction of hardwood timbers such as Zambezi teak.”

Wildlife dispersal corridors across KAZA are also threatened by veterinary fences erected by governments to control the spread of livestock diseases:

“These fences have been implicated in curtailing the movement of migratory wildlife species such as giraffe, tsessebe, zebra, wildebeest, buffalo, elephants, with some dying of dehydration and entanglements in the fences,” added the researchers.

What needs to be done

KAZA executive director Dr Nyambe Nyambe believes a lot of progress has been made since the protected area was established in 2011:

“Key achievements include the signing of the KAZA Treaty, establishment of a secretariat, working groups, functional community-based transboundary forums on key wildlife corridors and the construction of new park headquarters in Namibian and Zambian parks,” he said.

In a statement published in January, Dr Nyambe said: “Various protected areas and wildlife corridors have benefitted – including re-establishment of Africa’s longest terrestrial mammal migration route for zebra between Namibia and Botswana. Law enforcement and anti-poaching efforts are being up-scaled.”

However, to effectively restore the ecological balance, KAZA member states have much to do. They still need to strengthen transboundary law enforcement to reduce wildlife and timber poaching. There is also a dire need to establish conservancies and protected fishing zones at wildlife crossing points along major river ecosystems. Governments can easily reduce public dependence on wood fuel by providing affordable and reliable energy options.

Most importantly, the study found that governments should adopt commodity-based trade standards in beef production to reduce the impact of veterinary fences on wildlife dispersal as well as implement early season burning in sensitive environments to prevent late dry season fires. The adoption of conservation agriculture may improve land husbandry and reduce the destruction of forests to make way for agriculture.

To improve the socio-economic development of the people and secure wildlife corridors, partner states should increase the promotion of community-private partnerships in eco-tourism and establish revolving funds to enable community access to capital and business opportunities.

Member states should also harmonise laws to slow down human population growth, which ultimately is the primary cause for habitat and wildlife destruction and human impoverishment.