Sparking Change: what we can learn from the Covid-19 pandemic 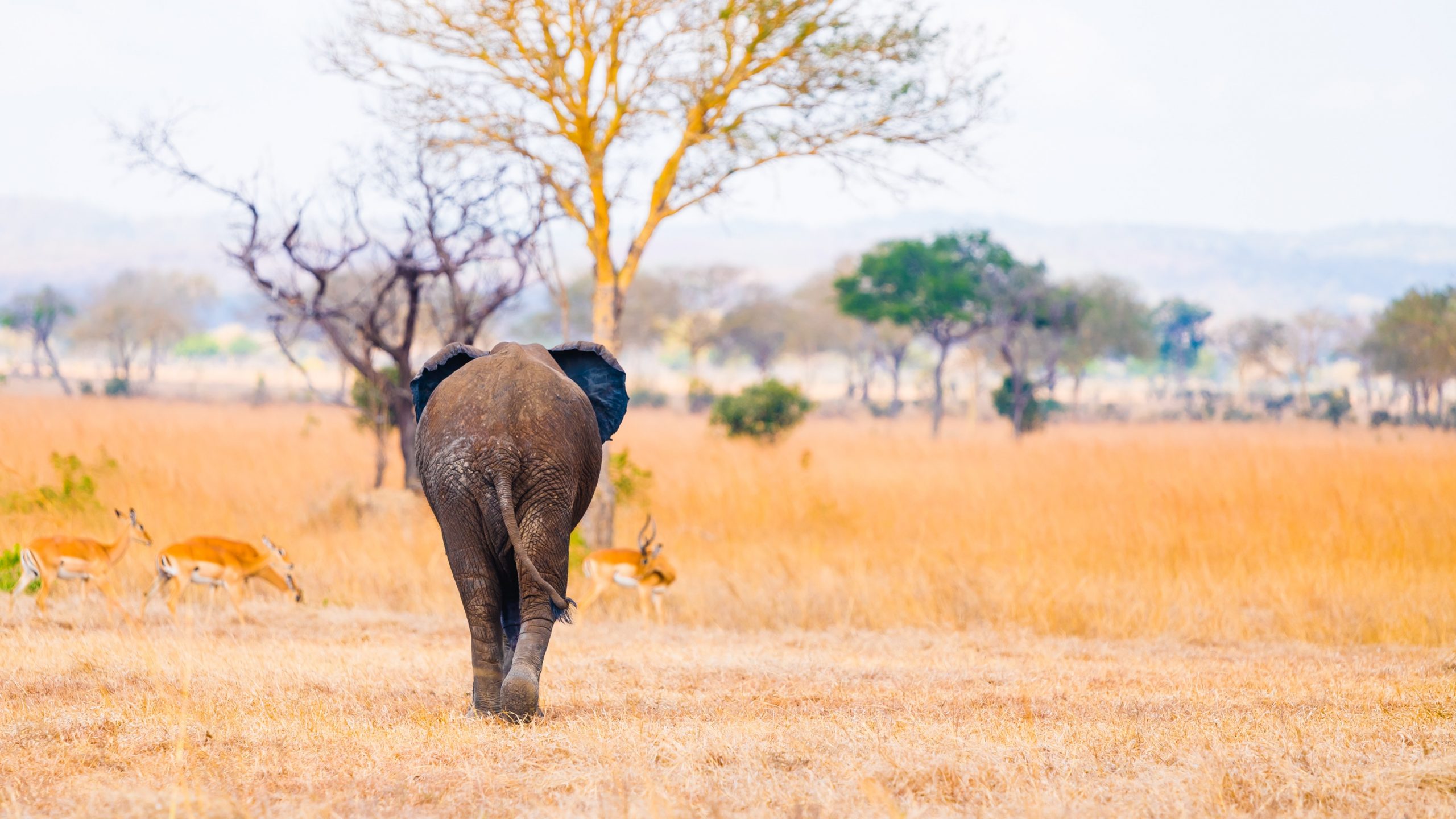 By Linus Hiscox, studying MSc Global Biodiversity Health and Conservation at the University of Bristol and DSWF Programmes and Policy Intern

In 2007, a University of Hong Kong study warned that the presence of a “large reservoir of SARS-CoV-like viruses” in horseshoe bats, combined with the trade and consumption of exotic animals in China, was a ticking time bomb for a global pandemic.

Fast-forward to 2019 and SARS-CoV-2, the virus that causes Covid-19, began to spread across the world like wildfire. Economies have crumbled and lives have been lost in the hundreds of thousands (658,861 at time of writing).

A wet market in Wuhan, China, has been marked as the common denominator in earlier cases and the pandemic’s epicentre. However, in truth an outbreak could have sparked from anywhere – a bushmeat market in the Congo, an international sports event in Brazil, a port in the United Kingdom. In fact, these are all locations where large populations have been exposed to catastrophic emerging zoonotic diseases in the recent past. Ebola virus in the Congo, Zika virus in Brazil, and foot and mouth disease closer to home in the UK.

Zoonotic diseases (zoonoses) are infectious diseases caused by pathogens passed from non-human species to humans. An estimated sixty percent of known human diseases are zoonoses, and coronaviruses in particular, are a clear threat to us with SARS-CoV-2 being one of seven able to infect humans.

Besides the 2007 study, immunologists and microbiologists have known and warned of the danger of zoonoses for a frustratingly long time now. The factors that allow these viruses to spill-over into humans and potentially trigger global pandemics are also known: wildlife trade and consumption, the burgeoning human population, and environmental destruction.

What was not forecasted, however, was the impact of a global pandemic on biodiversity conservation. There have been both good and bad consequences; with the transportation industry brought largely to a halt, for example, carbon emissions have plummeted much to our delight. On the other hand, poachers have been taking advantage of the extended closure of most national parks across the world with increasing success.

This pandemic-induced poaching is a worrying by-product and suggests a tough post-lockdown reality for those concerned with our planet’s rarest species.

Preventing the next pandemic must combine strictly enforced wildlife trade policy, education on risky wildlife consumption practices, and abandonment of our unsustainable exploitation of the environment. Without this, another pandemic is inevitable.

The Huanan South China Seafood Market in Wuhan has been deduced as the origin of the outbreak. This wet market, like others across the globe, sells live and dead animals for consumption which are often rare and from isolated places far from human settlements. We do not yet know from which species the virus made the jump to humans, although researchers are certain that the virus emerged from horseshoe bats in Yunnan Province. Since bats were in hibernation during the initial outbreak, and it is unclear as to whether they were even sold at the market, the virus would have been transmitted via other species at the market.

Suspicions abound, ferrets and snakes are possible suspects, among others and contrary to public discourse, pangolins have been potentially ruled out. The intermediate host for Ebola is still unknown forty-five years after its discovery, and so this question may remain unsolved for some time yet.

Regardless, the role of wet markets in this and potentially future pandemics is unequivocal. Described as perfect laboratories for creating new viruses, live animals of various species are stored in small cages next to and on top of one another, with faecal matter and other bodily fluids passing freely from one species to another. If a virus is present in one individual or species, it does not take much for it to spread to the others. Next to these infected live animals, raw meat. Alas, nor does it take much for it to then spread to consumers.

Wildlife trade, both legal and illegal, provides safe passage for zoonotic diseases to make their way to humans where naturally they would not. Seventy percent of zoonoses are believed to originate in wild (or ‘exotic’) animals found in remote areas. Trade in these species, whilst prolific (think pangolins, the most trafficked mammal on the planet), represents a massive threat to us humans since we are more likely to have never come into contact with the diseases they harbour. Thus, humans will lack the herd immunity required to protect us from an emerging pandemic.

Yet another shot in our own foot is our rapid expansion into wilder areas, and the resulting exploitation of natural resources.

Human encroachment into wild and biodiverse areas makes us increasingly more exposed to animals we don’t usually have contact with, and thus increasingly more vulnerable to new pathogens. More than this, deforestation is a proven method for introducing new diseases into the population.

After deforestation has occurred, the landscape is modified to facilitate economic activities which increases the spatial overlap between wildlife disease reservoirs and humans. For example, slash-and-burn deforestation in Southeast Asia during the build-up to the end of the last century resulted in an opaque haze blanketing much of the region. As drought ensued, the availability of flowering and fruiting forest trees on which fruit bats forage reduced, and they swarmed into cultivated fruit orchards – many of which were part pig farm. The pigs acted as intermediate hosts, facilitating the transmission of a novel virus (Nipah virus) from the bats to humans.

Right now, more than ever, our constant exploitation and abuse of the planet’s biodiversity for our singular species gain just does not seem worth the risk.

So far, the Covid-19 pandemic has led to serious implications for biodiversity.

Those involved in the illicit wildlife trade have not let up during the lockdown. Because governments have closed so many national parks, tourists are absent, and rangers are scarce, poachers are taking advantage and hunting animals that are not being so closely guarded as before. In Uganda, 367 poaching incidents were reported between February and May this year, more than double that of last year.

Animals and their derivatives are then being stockpiled, and there is a rising fear amongst the conservation community that trade will come roaring back as lockdowns are lifted.

Another worrying trend occurring concerns local superstitions in southern Africa. Rangers have been finding mutilated lion corpses, missing heads, tails, and paws. Known as muti, these body parts are used in traditional medicine because of their association with prosperity and good luck, suggesting that local peoples in fear of the coronavirus are seeking alternative medicine from wildlife.

One unfortunate by-product of our fight against the pandemic is the dramatic increase in single-use plastics. The necessity for gloves, masks, gowns, and other plastic materials, especially needed by those leading the Covid-19 response and saving lives, will result in a surge of plastic waste. This will be especially disastrous for ocean conservation, just when the anti-plastic movement was seeing real progress.

There is good news, however. Apart from the remarkable environmental effect that the limitation on transportation and industrial waste has yielded (and let us not forget that the UK was coal-free for over 67 days during lockdown), conservation has directly benefitted from the lockdown in some ways.

As tourism dropped, so did the presence and movement of people inside protected areas, reducing stress and exposure to wildlife. Reductions in logging activities and commercial fishing are showing rebounds for many species. Furthermore, the increased human usage of ‘green’ areas adjacent to urban centres (i.e. our newfound hobby of walking) could inspire novel strategies to rewild ecosystems, as public perceptions on natural spaces change and improve.

It has also been forecasted that wildlife trade for the purposes of consumption will take a big hit due to the public awareness of the zoonotic origin of Covid-19, despite the aforementioned stockpiling.

The unprecedented confinement of over 4.4 billion people around the globe (over half the global population) in full or partial lockdown over the past five to six months, having good and bad impacts on the environment and biodiversity, is being viewed by some as a ‘Global Human Confinement Experiment.’ This represents a unique opportunity to identify both the positive and negative effects of human presence and movement on a wide range of natural systems, which could advance our understanding and practice of conservation biology.

The outcomes of this ‘experiment’ could also help us in methods to prevent the next pandemic – something of utmost importance to the future of our species and others.

Preventing the next pandemic

An outbreak of this magnitude has been anticipated for some time now, and it is almost certain to happen again unless we drastically change the way we treat our planet’s living environment.

The cost of preventing further pandemics over the next decade through the preservation of wildlife and forests is just two percent of the financial ruin caused by SARS-CoV-2, which has risen to an estimated $11.5 trillion in lost GDP and mortality costs. To break it down, the annual prevention costs sum to $26 billion ($260 billion over the next decade) and is comprised of disease spill-over reduction, early disease detection and control, monitoring the wildlife trade, reducing tropical deforestation, and closing wet markets worldwide. The choices we have to make to prevent future pandemics are no-brainers.

Vietnam has been bold with its total ban on the import of wildlife and wildlife products, as well as a strict crackdown on illegal wildlife markets. China had followed the same strategy early on, but still allowed the use of wildlife for traditional medicine – a gaping loophole that renders the ban useless.

Of course, it is not that simple. During times of crisis, biodiversity oft become a primary resource for many of the worst affected. During the Sudanese war, impoverished communities used and sold wild fruits to provide income, whilst in Zimbabwe, more than one third of households relied on trading and consuming wild foods following the collapse of the economy. Total bans on wildlife trade will surely affect the livelihoods of a substantial proportion of the global population, and likely shift much of the trade onto the black market.

Perhaps a more nuanced approach is education and support for affected communities where poverty is already an issue.

The One Health concept was introduced in the 2000s as a collaborative global approach to understanding the risks for human and animal health, and ecosystem health as a whole. This initiative, adopted widely across many scientific and social disciplines, will be a focal point in our fight to prevent future outbreaks.

Sustainable and non-consumptive use of wildlife and alternatives needs to be recognised as an essential coping and resilience strategy. The pandemic-induced poaching we are seeing is not so surprising; most poaching incidents have been locals attempting to find food for their families, people are trying to survive.

Since this is the last article of the conservation series, now is a perfect time to mention E.O. Wilson’s pioneering ‘Half-Earth Project,’ which could provide the foundations of our post-lockdown actions to prevent a pandemic from reappearing.

One of the world’s most distinguished biologists, Wilson and a team of other scientists, businessmen, and activists, are working to conserve ‘half the land and sea to safeguard the bulk of biodiversity, including ourselves.’ Inter-connected reserves within the planet’s most important ecosystems. Realisation of the Half-Earth Project would see the acceleration of species extinction rates come to a halt and it would bring closer to us a natural world so complex and beautiful beyond our imagining. The human-wildlife interface, across which zoonoses find their success, would be diminished in such a way as to make future pandemics near impossible.

Perhaps his work is more relevant to us now than ever before. A world of protected and connected wildlands, neither exploited nor discarded, where once endangered species can thrive, and the Earth can breathe once more.