The Demise of a Vietnamese Wildlife Kingpin 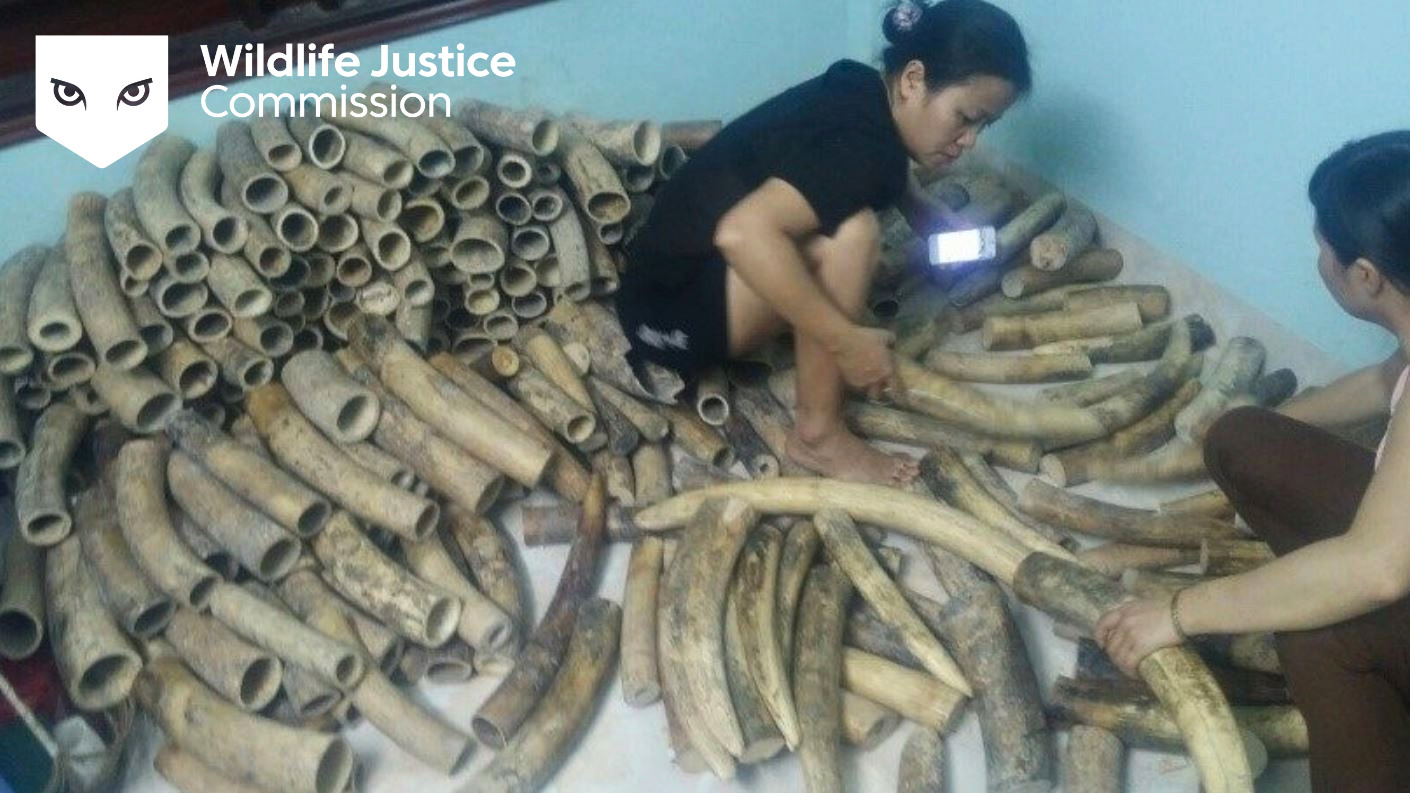 Not many people seemed to notice when Nguyen Van Nam was sentenced to 11 years in prison for trafficking in rhinoceros horn in July 2020. Journalists filed a few brief stories on his trial, which were soon forgotten in the daily onslaught of global news.

But Nguyen Van Nam, better known by his alias Ah Nam, bears remembering. For years he was one of the top illegal wildlife traffickers in Vietnam, a key hub in the multi-billion-dollar global trade in animal parts that is driving species such as rhinos and elephants to extinction.

Ah Nam was arrested in September 2019 after he was busted with a little over 200 kilograms of ivory. But this was just the tip of the iceberg: investigators with the anti-trafficking Wildlife Justice Commission (WJC) found that over the previous few years he had access to over 17.6 metric tons of ivory and 477 kilograms of rhino horn worth more than $17 million.

That equates to the slaughter of around 1,760 elephants and more than 100 rhinos, the WJC said in a report released today, noting that this “represents only a fraction of what he is likely to have trafficked.”

Undercover operatives from the WJC spent three years following Ah Nam, documenting his rise from a low-level broker to a kingpin of Vietnam’s wildlife trafficking underworld. At the time of his arrest, Ah Nam’s illicit network stretched from Africa to Asia, ending in China, where endangered animal parts are prized for use in traditional medicines or as displays of wealth.

Codenamed Operation Medusa, the investigation into Ah Nam led to dozens of prosecutions in Vietnam, China, and Malaysia. More than 3.8 tons of ivory, nearly 200 kilograms of rhino horn, and close to 30 kilograms of pangolin scales were seized in multiple raids by law enforcement.

“The removal of one of the most prolific wildlife traffickers [Ah Nam] has not only severely disrupted his criminal network, but due to the major role Vietnam plays in the international illegal wildlife trade, the impact has extended across the region and globally,” the WJC wrote in a newly released report on the investigation.

“Many Vietnamese traders are no longer operating due to the increased fear of arrest and difficulties in smuggling products across the border into China.”

Ah Nam was a small player when investigators first encountered him in 2016, but he swiftly grew in prominence. His success was mainly down to his Chinese language skills and extensive network of contacts in Vietnam and China, which included all of the top buyers and sellers in the illegal wildlife trade.

As a kingpin, Ah Nam rarely met buyers himself, instead sending his associate, known as Ah Phong, to do much of his dirty work. The pair acted as brokers of trafficked animal parts, sourcing them from Africa, stashing them in homes, shops, or factories in Hanoi and the surrounding area, then smuggling them to buyers in China.

Ah Nam claimed to have a network of contacts across South Africa, Malawi, Mozambique, Nigeria, and Zambia who helped him source ivory and rhino horn. He then transported them to Vietnam, often via air cargo or stashed inside the hand luggage of couriers. Larger shipments mostly entered through major seaports, before being transported to Hanoi by truck.

Pictures obtained by the WJC show the smugglers used various techniques to try to disguise their products, including painting ivory black so it looked like wood, covering it with wax, or staining it so it looked antique.

This network supplied Ah Nam with a steady stream of illegal animal products. In one memorable meeting in August 2017, WJC investigators were invited to buy 76 rhino horns — the largest batch of raw horns that they had ever seen.

“I have so much stuff, I’m just afraid you don’t have enough money,” Ah Nam boasted in one encounter.

Despite having no discernable official income, Ah Nam lived lavishly. As well as owning at least two properties in Hanoi, he was often seen driving high-end SUVs, while his wife liked to post pictures on social media of designer accessories and upmarket holidays. On one occasion she posted a picture of a large pile of bills, worth an estimated $10,000.

As well as flashing his cash, Ah Nam also liked to boast about his criminal activities to people he met. He operated with little regard for security, always using the same phone number, bank accounts, and cafes to do his business. At one point he even shared a picture of a baggage handler he used to smuggle goods from Africa walking through customs in Malaysia.

“Ah Nam was arrogant, to the point of stupidity. He was totally confident that his corrupt connections could protect him and that he was untouchable in Vietnam,” a WJC investigator told OCCRP on condition of anonymity.

“We called him the virus because everyone he touched, he infected. He also liked living the highlife, holidays, nice cars, expensive restaurants and partying with his friends.”

But by 2018, authorities already had Ah Nam in their sights.

In January that year a shipment of rhino horn was seized in China that was allegedly traced back to him. The following month, Vietnam’s environmental crime police raided a house in the village of Khanh Ha, seizing a total of 971 kilograms of ivory and ivory products stashed there by Ah Nam and arresting four people.

Then in August 2018 authorities at Kuala Lumpur International Airport had discovered a shipment of 50 rhino horns — the largest seizure of horns on record in Malaysia at that point — together with a stash of big cat bones destined for Vietnam. Two days later, the Malaysian suspect met with Ah Nam in Hanoi, in a rare face-to-face encounter that underlined his major role in the international wildlife smuggling trade.

After Vietnamese environmental police raided a cafe in Hanoi in June 2019, seizing over 200 kilograms of ivory, Ah Nam began to grow worried, telling WJC operatives that he had become “a big risk in Vietnam” and he was “afraid of being caught.”

He was right to be concerned: Ah Nam and his associate Ah Phong were arrested a few months later and sentenced to 11 years in jail each the following year. But while much of Ah Nam’s network has been dismantled, the illegal wildlife trade continues to grow.