The ecological role of elephants: shaping the land and lending a hand 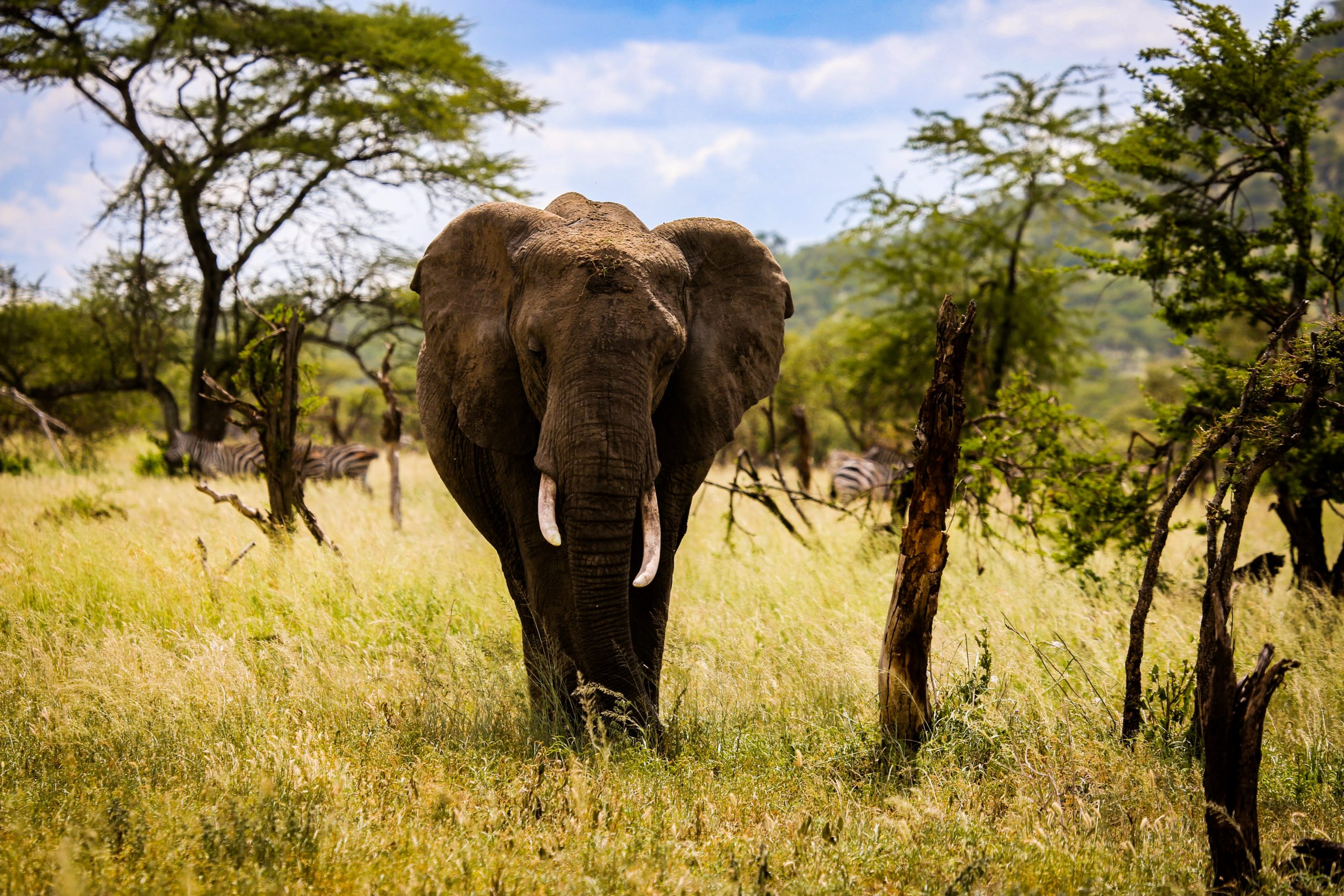 By Linus Hiscox, studying MSc Global Biodiversity Health and Conservation at University of Bristol and DSWF Programmes and Policy Intern

In 1979 the world’s elephant population totalled 1.3 million individuals across Africa and Asia; fast-forward to 2016 and that number had reduced to just 450,000. Both the African elephant and the Asian elephant have been subjected to relentless poaching for centuries, with the emerging illegal wildlife trade in the 20th century accelerating the population declines. Habitat loss and fragmentation on a massive scale has worsened these declines tenfold. The impending loss of a gentle giant so close to the hearts of men, women, and children across the globe is a devastating prospect.

Elephants are not just flagship species; they are so much more.

Elephants are an Umbrella species

Since they inhabit and roam vast areas, their protection also covers myriad species within their range, making them what is known as an umbrella species. Due to their large size and range, elephants have an enormous impact on their environment. Dubbed as ecosystem engineers, they control resource availability for other species by modifying the physical environment around them and in doing so transform, maintain, and create habitats.

The umbrella species concept refers to the minimum area requirements of a population of a wide-ranging species, such as elephants. Thus, conservation areas designed to meet these requirements will inadvertently protect a plethora of ‘beneficiary’ species with smaller ranges within. Think of it as a nifty conservation cheat code. This strategy can only be effective with species who naturally cover vast areas, like elephants and painted dogs. Asian elephant home ranges can be over 400 km2, whilst home ranges of African elephants have been reported at more than 15,000 km2; these massive areas required by elephants to migrate makes them an ideal umbrella species. Furthermore, elephants do not use habitat randomly and use well-defined corridors and trails for movement. This provides a useful tool for reserve networks – establishing continuity within and between protected areas to allow free movement for migrations and dispersal, two vital aspects of many species’ persistence. Using elephants as an umbrella species is a strong incentive for their protection; save them and others will benefit. Elephants play a hugely active role in wildlife conservation.

Elephants also function as a keystone species. The ecological processes and interactions within ecosystems are dependent on keystone species such as elephants. Elephants play an invaluable role in their ecosystem, shaping the landscape in front of them and allowing others to thrive.

Further to the dependence of some animal and plant communities on ecosystem engineers, whole ecosystems are often strongly influenced by just a few keystone species. For instance, much in line with their ecosystem engineering role elephants in the Kalahari-sand woodlands consume more woody vegetation than do all other large herbivore species combined.[5] This facilitates a fast and shallow nutrient cycle, giving rise to higher productivity and diversity of plants and animals than would occur otherwise. Elephants also act as major agents of seed dispersal. In the Taï Forest of the Ivory Coast, 21 of 71 plant species sampled by scientists in 1989 were strongly adapted to dispersal by elephants, who ingest the seeds and release them elsewhere. [14][15] At that time, there were roughly 1,500 elephants in the region; that figure is now likely to be under 200 individuals. [16][17] We don’t have to imagine the consequences of this in the long-term, we already know them. The extinctions of the elephant-like megafauna in the late Pleistocene Epoch (roughly 12,000 years ago) meant the loss of dispersal agents for several tree species across the globe, which were then too forced into extinction. Loss of tree species means loss of food and habitat for wildlife which in turn results in extinctions. With global deforestation rates through the roof and conscious efforts of individuals, corporate giants, and governments to reverse the climate crisis now slowly coming to the fore, we cannot afford to continuously and needlessly lose forest. As if we needed it, we have yet another reason to conserve the elephant.

Through their sheer size elephants can modify and maintain the physical environment around them in a way that benefits the whole wildlife community. In doing so, elephants act as ecosystem engineers to increase habitat complexity. Their activity produces new habitat for smaller animals like lizards, which show a strong preference for elephant-damaged trees, using the crevices created by broken tree limbs and torn bark to find refuge. Elephants also create gaps in the forest as they march through, opening up dense woodland canopies and allowing for a variety of plant species to exploit the penetrating light and proliferate. These novel plant communities offer an abundance of vegetation and shelter, helping to maintain the complexity and diversity of faunal communities. The ecosystem engineer role is most effectively carried out on a large scale by megafauna like elephants and rhinos, two groups that face sinking into the obscurity of extinction in the near future. If we lose these animals from the landscape, we risk losing many more.

Why we should protect elephants

All life on the planet exists today as a champion in their field. The very fact that a species exists is due to its ability to adapt to harsh conditions and find ingenious ways in which to flourish in competition with others. However, elephants have become such a fundamental part of their ecosystems that for many species, their ingenious methods of survival may revolve around elephants. Conserving the elephant isn’t just about conserving the elephant, it’s about conserving the whole ecosystem. From the tiny lizard who builds its nest in the crevices of elephant-damaged trees to the grazing zebra and wildebeest rejoicing at the luscious open grasslands, we could learn a lot from the consequences of elephants’ actions. For a species from which we have taken so much, elephants seem to give rather a lot.