The fight against wildlife trafficking: CITES in Sri Lanka 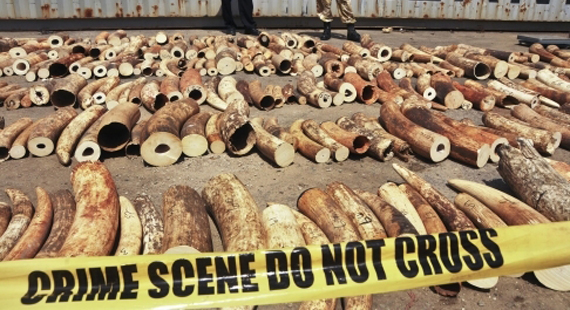 From pangolins to elephants, from tropical timber to birds and snakes: Wildlife trafficking is one of the largest illegal global trade sectors and generates billions of USD per year.

Since 1975, the Convention on International Trade in Endangered Species of Wild Fauna and Flora (CITES) provides a framework for the sustainable trade of wildlife and ecosystem products. The parties to the convention meet every three years, and the host for the 18th Conference of the Parties in 2019 is Sri Lanka, making it the second South Asian country to do so after India in 1981.

As a country rich in biodiversity, controlling and containing wildlife trade is of vital interest to Sri Lanka: livelihoods, ecosystems, and a growing eco-tourism sector all hinge on the conservation and sustainable use of the island’s unique flora and fauna.

To date, 183 countries are party to CITES and have committed to its licencing system for the international trade of over 5,800 animal and 30,000 plant species. Sri Lanka joined the convention on 4 May 1979, as the 49th country world-wide and the eighth country in Asia.

Many traded species are important to their ecosystems and to the livelihoods of local communities. CITES attempts a balancing act between legal trade on the one hand and protecting endangered species and vulnerable ecosystems on the other. Wildlife trade is also connected to at least three of the UN’s Sustainable Development Goals: SDG14 (Life below water), SDG15 (Life on land), and SDG16 (Peace, Justice & Strong Institutions).

While in 1985, 10 years after the inception of CITES, the convention tracked less than 200,000 transactions, this number has multiplied to 1.2 million transactions in 2015. The CITES Trade Database records every import and export of listed species, complete with importing and exporting country, quantity, and purpose, and it grows every year.

CITES divides the covered species into three groups with descending levels of protection. Appendix I species are the most endangered and consequently the most protected ones. Because they are threatened with extinction, any international commercial trade with them is prohibited.

Sri Lanka is home to a number of species on appendix I, among them elephants, several species of whales, dugongs, pangolins, crocodiles, and turtles. Appendix II species are endangered or otherwise threatened, so CITES requires permits for their export to monitor their trade and limit it to sustainable levels. The total trade volume of appendix II animals is $ 350-530 million per year, with the vast majority (62%) being reptiles.

Finally, appendix III covers species whose trade is already regulated by a party to the convention, but this party requires international cooperation to prevent unsustainable or illegal exploitation.

An Island of Biodiversity

Sri Lanka has a wealth of wildlife, including flagship species such as the Asian elephant, leopards, and blue whales. With around 7,500 plant and thousands of animal species (many of which are endemic), it contains the highest concentration of species in Asia and has been named (together with India’s Western Ghats) a global biodiversity hotspot. This means it has an incredible degree of biodiversity, but it also means this biodiversity is under threat: and illegal wildlife trade certainly contributes.

Currently, 27% of bird species, 66% of amphibians, 56% of mammals, 49% of freshwater fish, and 59% of reptiles in Sri Lanka are threatened. While habitat destruction and climate change might be major drivers of ecosystem degradation and species extinction, wildlife trafficking plays a huge part as well. It drives species to extinction and has huge economic impacts: Wildlife and ecosystem tourism are booming in Sri Lanka, and many people depend on sustainable wildlife populations for their livelihoods.

Only around 5% of Sri Lankan elephants are tuskers: But even though Sri Lanka is not a source of the global “blood ivory” trade, the island is still a major hub for it and other wildlife trafficking. The Government is trying to send signals, for example when it destroyed 359 pieces of seized African elephant ivory in 2016 or when it confiscated 28 containers of Rosewood timber in 2014, but there are concerns that these efforts are not enough. There is also a sizeable domestic illegal trade in wildlife that does not fall under CITES provisions.

Existing Sri Lankan laws might not suffice to address the international illegal wildlife trade. The Fauna and Flora Protection Ordinance as amended in 2009 includes provisions against the import and export of elephants, tusks, and certain mammal species—however, only few cases have been prosecuted under this law so far. While the country has been a signatory to CITES for decades, it still lacks local regulations to enforce all aspects of the convention, making it difficult for customs to prosecute wildlife traffickers in many cases.

Towards a Sustainable Future

The 18th Conference of the Parties to CITES starts on 23 May in Colombo with over 3,000 delegates from all over the globe. As CITES conferences only happen every three years, they are important meetings that cover numerous points of discussion: and the intersessional between COP17 and COP18 has been especially busy.

There are 57 proposals regarding a range of species, including protecting the extinct woolly mammoth (because illegal elephant ivory gets passed off as legal mammoth ivory revealed by melting permafrost), giraffes, four species of Sri Lankan reptiles, tiger spiders, Mako sharks, giant guitarfish, and wedgefish.

Other items on the agenda are the most recent analysis of the Elephant Trade Information System (ETIS), the wildlife markets in Laos and Madagascar, and the upcoming 2020 meeting of the parties to the Convention of Biological Diversity, which will decide on the biodiversity framework for the future.

As the host country, the world will look to Sri Lanka to play its part in fighting wildlife trafficking and unsustainable wildlife trade. If Sri Lanka can stop illegal shipments to pass through its harbours and curb the exploitation of ecosystems and the extinction of species, not only the environment but also the people and the economy stand to benefit.