The Great Elephant Debate: Legalising ivory trade will be a giant mistake 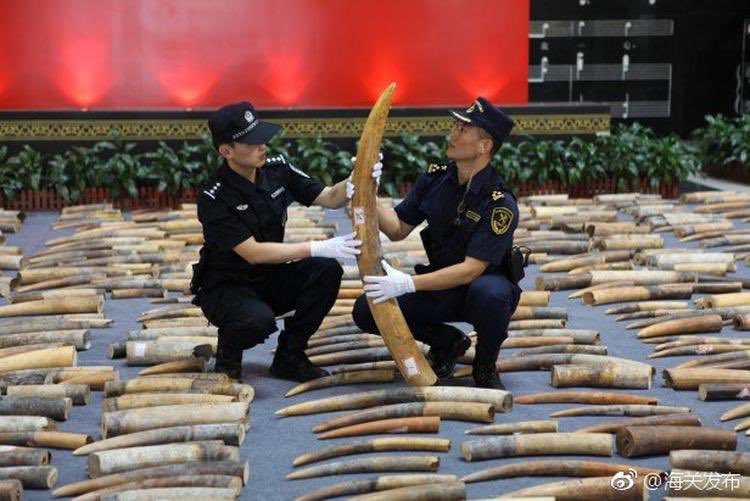 For most experts concerned about the survival of elephants, the idea that a global ivory market could be part of the solution was discarded as fundamentally unsound decades ago.

Demands from southern African countries to allow international trade in elephant ivory are extremely dangerous. Proponents are trying to create the impression that wild populations are growing to problematic numbers when, in fact, the species remains in decline across the continent and is threatened with long-term extinction. Couched in the language of sustainability, arguments made in support of legalised trade are little more than misrepresentations of facts made in support of short-sighted political aims and flawed economics.

When Zimbabwean President Emmerson Mnangagwa started his opening address to the inaugural AU-UN Wildlife Economy Summit held in Victoria Falls from 23 to 25 June 2019, a casual observer would have been excused for thinking that everything was well in the world of elephant conservation.

His speech touched on the importance of sustainable wildlife management, sound conservation principles and the need for “peaceful human-wildlife coexistence”. But then, Mnangagwa ventured on to more controversial matters. He described trophy hunting as “a vital cog in successful wildlife economies” before arriving at the core of his argument: a call for the legalisation of the international trade in ivory.

For most experts concerned about the survival of elephants, the idea that a global ivory market could be part of the solution was discarded as fundamentally unsound decades ago.

After being relentlessly driven towards extinction for centuries, first by the guns of colonial hunters and later by those of poachers, African elephants were thrown a lifeline when the Convention on International Trade in Endangered Species of Wild Fauna and Flora (CITES) instituted a moratorium on the international ivory trade in 1989.

In 2016, a proposal by South Africa, Zimbabwe and Namibia to reinstate the ivory trade was rejected by the Conference of the Parties (COP 17) to CITES in Johannesburg.

At COP 18 in Geneva this August, a similar proposal will be tabled once again, but this time, the government of Botswana will be one of its co-sponsors, despite its commitments to the African Elephant Coalition of which it is a member and which eschews legalising the ivory trade.

This is particularly significant because Botswana is home to about a third of Africa’s remaining elephants. To many observers it comes as a major shock, since the country has been the continent’s foremost champion of elephant conservation for more than a decade, taking principled positions against trophy hunting and international trade under its former president Ian Khama.

What’s most tragic is that Botswana’s dramatic policy shift is the outcome of political shenanigans rather than valid conservation concerns based on scientific evidence.

The fate of Botswana’s elephants took a dramatic turn for the worse when Mokgweetsi Masisi took over from Khama as the country’s president in 2018. In May 2019, his government lifted the moratorium on elephant hunting and proposed the introduction of elephant hunting, “cropping” operations and the establishment of a pet food canning industry fed by elephant meat.

The reasons given for this radical U-turn were an elephant population ostensibly increasing out of control that was causing mounting conflict in rural communities, as well as a loss of economic benefits supposedly drawn from the trophy hunting industry in the past. If Khama had seen elephants as a major asset, Masisi considers them to “bleed government coffers”.

The real reason behind the policy change is purely political. Masisi’s Botswana Democratic Party had its poorest showing in the last elections, garnering just 46% of the national vote. With new elections scheduled for later in 2019, the new elephant policy is designed to appeal directly to rural voters who are most affected by the issue.

The pro-hunting and trade arguments evaporate when measured against the facts. Botswana’s politicians routinely inflate the size of the country’s elephant population to 237,000. A comprehensive aerial survey conducted by the NGO Elephants Without Borders (EWB) in 2018 indicates an actual population of around 126,000 which has been stable since 2014.

EWB director Dr Mike Chase notes that while elephant numbers have not been growing, the species has been repopulating some of its historical range areas – an issue most effectively addressed by measures like electric fencing. As for the supposed benefits of trophy hunting: it will have no impact on human-elephant conflict and without it, the contribution of wildlife tourism to Botswana’s GDP grew by 70% between 2013 and 2018 during the hunting ban. Despite propaganda peddled by the influential US hunting lobby, eco-tourism consistently outperforms trophy hunting in terms of economic benefits.

That said, those involved in non-consumptive tourism in Botswana and elsewhere must ask themselves some hard questions. Have they done enough to pass on a fair share of their profits to poor local communities? If they had really done so, would political demagogues find such receptive audiences among these communities in the search for votes?

At June’s Victoria Falls summit, Botswana, Zimbabwe, Zambia and Namibia presented a united front in support of legalisation. There were even veiled suggestions that countries might consider selling ivory without CITES approval or leaving the convention altogether if things didn’t go their way at COP18.

Should we be persuaded by Mnangagwa, who, during his speech argued that if his country was allowed to sell its existing stockpile of rhino horn and ivory, the $600-million raised “would suffice to finance our operational conservation efforts for the next 20 years”?

No, most certainly not. For one, experts question the validity of the figure of $600-million, which lacks any real substance. When Japan and China were granted a one-off chance to buy stockpiled ivory from southern Africa in 2008, they colluded to keep prices down to just $150 to $200 per kilogram whereafter the ivory was trickled into those markets at far higher prices, leaving the profits to their governments. More importantly, research shows that this CITES-sanctioned sale went hand-in-hand with a 71% increase in ivory smuggling.

Mary Rice, executive director of the Environmental Investigation Agency (EIA), notes that after one-off sales in 1999 and 2008, “We started to see poaching figures escalate again, as well as incidences of large illegal ivory seizures. Having a legal market – albeit only in China and Japan – provided a laundering mechanism for illegal ivory and we have since seen illegal markets emerging in other Asian countries. In 2011, EIA investigations documented that as much as 90% of the ivory available for retail in China came from illegal sources”.

Contrary to the musings of some conservative neo-liberal economists who would have us believe that free market mechanisms will rein in prices and throttle the black market driven by poaching, the renewed legal trade stimulated demand and revitalised poaching. Following the 2008 sale, studies indicate that poaching slashed Africa’s savannah elephant population by more than 30%.

“A legalised global ivory market at this time would spell the beginning of the end of many elephant populations across Africa,” says Rice, “and as one population after another is depleted or wiped out, the criminal syndicates driving the trade will simply start targeting formerly secure populations in the strongholds of some southern African countries”.

If these countries do carry out their threat to leave CITES, the only real remaining legal ivory market is Japan, which would have to demonstrate to CITES that it has the necessary controls in place to prevent illegal ivory entering its market – something it is manifestly unable to do.

This deadly connection between legalised trade and poaching should be of particular concern to Botswana. The 2018 EWB aerial survey provides evidence for “a new outbreak of elephant poaching for ivory in northern Botswana […] on the scale of hundreds of elephants per year […] since 2017 or possibly earlier”.

What about Mnangagwa’s contention that CITES is at risk of becoming a “policing institution” with regards to wildlife trade? While most people familiar with the organisation would agree there are major problems in the way it operates, an international tool for policing problematic wildlife trade is exactly what it was set up to be.

Scientific models demonstrate that the amount of ivory that can be sustainably harvested is well below the rapacious demand of the global market. For years, researchers have warned that a legal trade in ivory would be detrimental to elephant conservation, leading to an escalation of the slaughter while allowing sophisticated international crime syndicates the opportunity to launder poached ivory into legal markets, aided and abetted by corrupt officials.

Given historical precedent, can Mnangagwa’s Zimbabwe, or any other government for that matter, be trusted not to succumb to corruption in as lucrative a business as this?

Surely, an effective policing institution along with responsible conservation policies instead of irresponsible calls for legalisation are more necessary now than ever? D

Andreas Wilson-Späth is a part-time freelance writer and ex-geologist who lives and works in Cape Town.