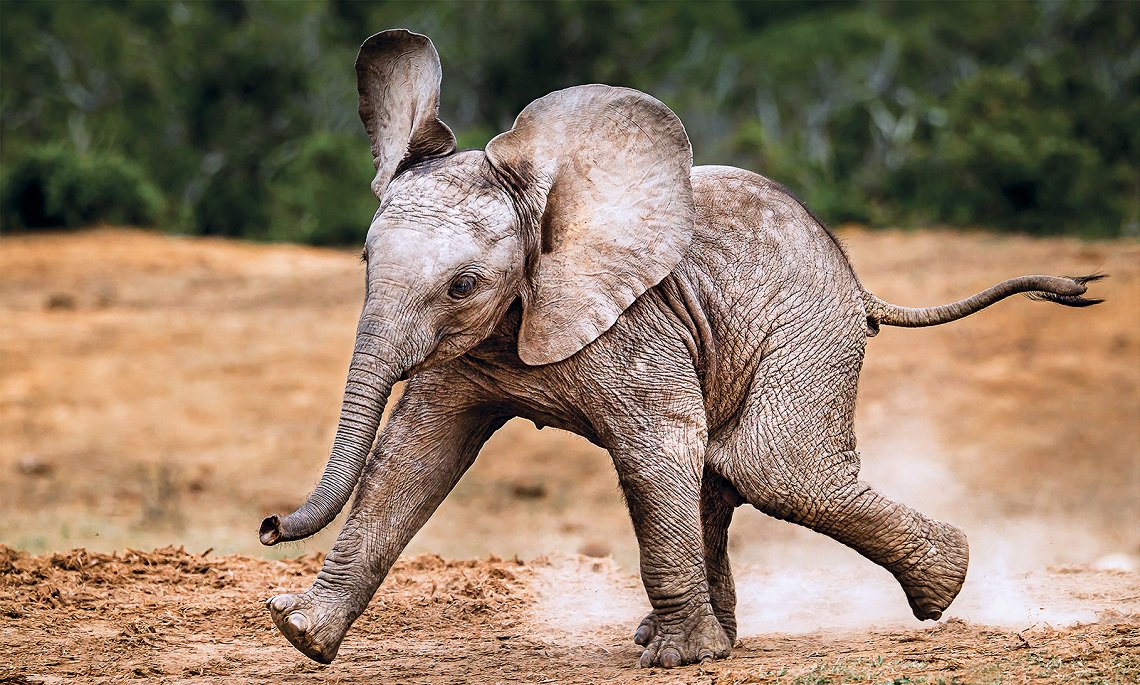 Any wild animal, but elephants in particular, who are removed from their expansive natural environment and placed into a sub-optimal area are done a great injustice.

A real example of such an injustice, is that of baby elephants violently removed from their herds in Zimbabwe and sold to a safari park or zoo in China. This is an ongoing practice carried out by the Zimbabwean National Parks Authority, ostensibly so that money accrued can go back into conservation to build waterholes and fences in Hwange but in truth for the economic benefit of a few high-ranking government officials. Since 2014, over 100 little elephants have been snatched from the wild and flown half way around the world to places that are inevitably hostile, dysfunctional, and a source of great misery.

Unfortunately, this much-lauded sustainable utilization conservation model, because it strictly adheres to instrumental, commercial or statistical value of wild animals, does not object to the young elephant’s ordeal simply because the practice does not threaten the survival of the species as a whole. Consequently, the capture, translocation and life-long confinement is permitted by international regulation. It’s all perfectly legal thanks to the United Nations enshrinement of sustainable development. And yet, by placing a commodified value on live baby elephants, the sustainable development approach completely ignores the critical phenomena of physiognomy, interests, experiential memory and evolutionary processes that provide the essential elements of what it means to be-elephant.

Elephants are highly social beings and form some of the strongest family bonds of all species.  They are naturally outgoing, sociable and, as such, enjoy the interaction with fellow family and other herd members. The herd is structured but fluid enough to compensate for unforeseen circumstances. Female elephants will assist each other with the birth and care of their young. Like humans this ‘babysitting’ is a very important part of the young elephant’s growth, education and development. The family will eventually split, depending on the size of the herd. The decision to split also depends on the amount of food available in the area, as it may not be sufficient to sustain them all. This means that, in a large area, there will be several inter-related families. These families remain united to a certain extent and meet at watering holes and favourite feeding spots with much joy and celebration at seeing one another. Sometimes, herds combine to form larger clans. These clans are identified by observing the mannerisms of the members of each herd as they interact with those of another. When travelling vast areas in search for food, the herd is led by the matriarch. The others follow her footsteps, often in single file. Calves hold on to the tails of their mothers with their trunks. The other females of the herd ensure that the calves are protected from outside dangers at all times by surrounding them as much as possible.

Thus, by removing a baby elephant from a life-long bond with her herd, we are removing her embodied ‘world’. Without the natural bonds of a herd and the myriad of activities that accompany the entelechy of the herd, the vital principles that guide the development and functioning of elephants such as touching, communicating vocally, foraging, suckling, sparring and even evolving, a baby elephant that finds herself alone in a concrete cell simply ceases to be.

Animals, like elephants, are constantly creating meaningful worlds for themselves. All objects they encounter in their lives have, what pioneering biologist Jakob von Uexküll called, ‘carriers of meaning’. An ‘object’, be it a branch of a tree or a playful sibling, becomes a carrier of meaning as soon as it enters into a relationship with the elephant; and that object or thing in return enhances the animal’s development. For example, the powerful and deep flowing body of water of the Zambezi River does not appear in the baby elephant’s perception as a mere object with two hydrogen and one oxygen molecule, but always in the guise of either something that may cool her body and slate her thirst; or as something threatening, an element that may drown her or one that hides hungry crocodiles from view.

However, the baby elephant confined, alone, in a Chinese zoo far from her African savanna-world has to experience a series of life-shattering and identity–shattering changes, and each time in her relation to the surroundings she finds herself in, she has to confront new carriers of meaning – the truck, the airplane, the cold concrete, the human hurting her with a bull-hook. These carriers get further and further removed from her optimal or her evolutionary developed existence. By the time the elephant reaches her enclosure in China, the carriers have less or no meaning. If she survives, she becomes a shell of both her former and her potential self since she ceases functioning as an elephant. She exists as a shell of an elephant, or in a form that is not elephant-like.

Uexküll’s characterization of animals as embodied purveyors of meaning accords ostensibly mundane or instinctual activities, such as foraging for and consuming food, rolling in the mud, and frolicking, with a kind of existential depth. This is something that sustainable utilisation practices so prevalent in southern Africa refuse to acknowledge. In the quest for preserving animals for the sake of numbers, there is no or little consideration for the rich embodied nature of the baby elephant in her wild world among members of her social group. We may as well just farm them like cattle.