Timeline of the Joburg Zoo elephants in 2019 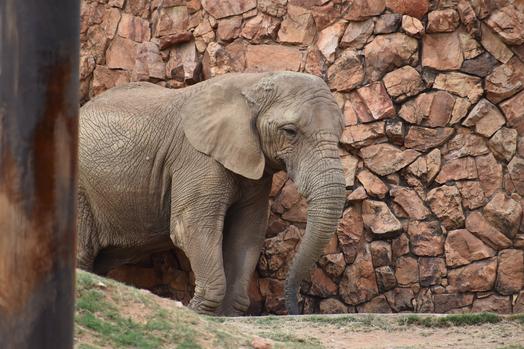 It has been a year of much tension and outcry over the elephants at the Joburg Zoo.

The Gazette recaps some of our stories concerning the controversial elephants over the past year.

In January 2019, the National Council of SPCAs (NSPCA) announced that they would take legal action against the Joburg Zoo if they acquired another elephant, following rumours that they were in the process of acquiring in principle, support to house new elephants.

Later in the month, 13 elephant specialists addressed a letter to then Executive Mayor Herman Mashaba stating their disapproval of keeping Lammie the elephant at the zoo. They further requested that she be moved to a free-roaming sanctuary.

On 13 June, the Joburg Zoo was overjoyed to welcome two new elephants from the Eastern Cape. Mopani (19) and Ramadiba (2) joined Lammie (39), who had lived alone at the zoo since the passing of her companion Kinkel in September 2018.

Various organisations responded by expressing their horror at this decision after calls for Lammie to be freed. The zoo then justified their decision, insisting that all processes were followed to acquire the elephants. Animal rights organisations also pointed to the cost of more than R1.5 million paid to acquire the new elephants, while the zoo responded justifying their decision, saying that it would provide much-needed environmental education to disadvantaged children.

Lammie (40) has been in the news since September 2018, when her companion Kinkel passed away, sparking protests across the world to see her freed from the zoo where she was born. Photo: Sarah Koning

On 12 August, the zoo threw a 40th birthday bash for Lammie which coincided with World Elephant Day. They invited learners to enjoy an educational day at the zoo, learning the importance of conservation. Animal rights groups including Ban Animal Trading and the NSPCA responded with disgust after videos emerged of the elephants allegedly performing ‘tricks’ for journalists. The organisations called the celebrations a ‘circus’ and expressed their anger after seeing the elephants display signs of stress.

The zoo responded by resorting to legal recourse against Ban Animal Trading and the NSPCA to protect their reputation.

Ban Animal Trading and other organisations responded by arranging a protest outside the zoo, presenting flowers to the elephants, commemorating their position at the zoo. They also stated that they would not submit to what they labelled the zoo’s ‘bullying tactics’.

The outcry appeared to die out in October, when the zoo welcomed the Gazette to view the elephants interacting together in the same enclosure. They also showed off the start of some of their upgrades to the enclosure including mounds, a swimming pool, a mud wallow and more.

The Gazette will continue to follow this story into 2020.