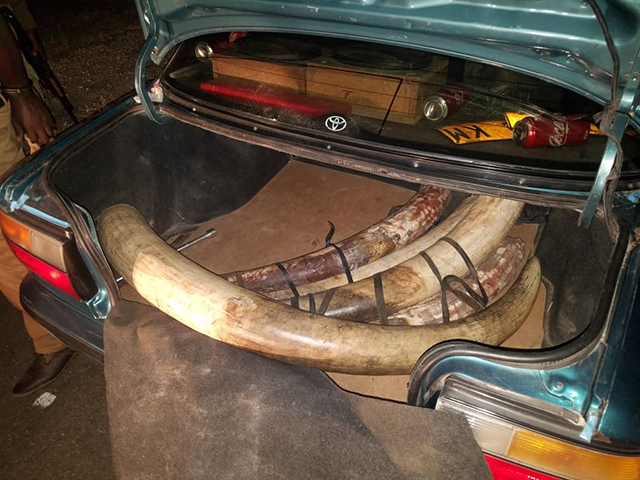 This is according to statistics compiled by the intelligence and investigation unit within the environment ministry and the protected resource division within the safety and security ministry.

At Katima Mulilo, two men were arrested on 26 April and charged with contravening the Controlled Wildlife Products and Trade Act. Pani Kavi and Mulita Kapingro were allegedly in possession of six elephant tusks.

On 27 April, two Namibian men were arrested at Oshivelo in connection with an old case dating back to March for conspiring to poach a rhino.

Samuel Kambonde and Sodomu Lazarus were both charged for contravening the Riotous Assemblies Act.

In another matter, Kambonde was also charged on 27 April in connection with an old case dating back to February at Omaruru. He was charged with contravening the Nature Conservation Ordinance.

In a separate incident, a Namibian man was arrested at Katutura on 27 April for contravening the Controlled Wildlife Products and Trade Act. Isaacs Tony Albertus was allegedly found in possession of a leopard skin.

Another Namibian was arrested on 29 April at Okahandja for being in possession of a leopard skin and unspecified bones. Fulgentius Musimba Kandjimi was charged with contravening the Controlled Wildlife and Products Act. His vehicle was also seized.

According to last weekend’s crime report, a white Isuzu bakkie was found abandoned in the veld with four oryx carcasses, two hunting rifles, knives and an axe on Friday at Helmeringhausen.

In another incident on Friday at Farm Garib in the Dordabis district, five men were arrested after they allegedly killed an oryx valued at N$4 000 using dogs and spears. The meat was recovered.