Uganda’s parks teeming with wildlife as conservation efforts pay off 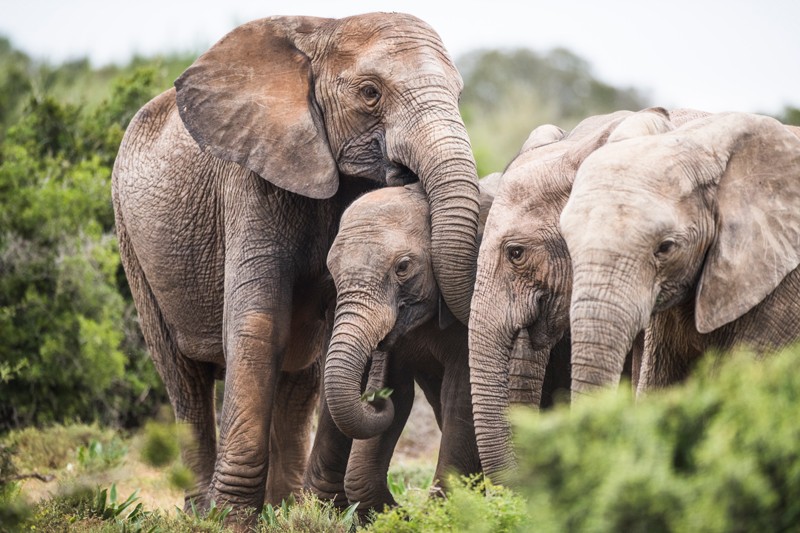 Queen Elizabeth National Park is one of Uganda’s most popular tourist destinations.

The park located in the southwestern part of Uganda is home to over 95 different species of mammals, and over 600 species of birds.

Queen Elizabeth National park was designated as a biosphere reserve by UNESCO and is the only national park in Uganda that contains human enclaves inside its protected area. There are 11 fishing villages inside the park.

Uganda’s biodiversity was hit hard by the different political instability that rocked the country in the 70s and 80s, some species became extinct.

Uganda Wildlife Authority’s Executive Director Sam Mwandha says some species are seeing a healthy growth in their populations, thanks to conservation initiatives. “We are already seeing the numbers of wildlife going up for example the elephants that 30 years ago were about 2000 now reaching 8000, the giraffes that had been around 300–400 that are now in 2000, and many other wildlife the Uganda Kobs (antelope) that was less than 70,000 are now over 150,000,” Mwandha says.

Among the species growing in number is the southern white rhino, which was reintroduced in the country in 2005.

In 1983 the last black rhino was sighted at Kidepo National Park, until the reintroduction of the southern white rhino there were no rhinos in Uganda.

“We used to have the black rhinos in Kidepo, we used to have the northern white rhinos in Murchison Falls National Park but they got extinct in the 80s because of the lawlessness which used to happen at that time, Uganda was at war and basically the management of rhinos and other wildlife also went into a state of lawlessness so in that way you couldn’t know who is poaching and who is not poaching,” says Fred Kisame Eriya the Senior Warden at Ziwa Rhino Sanctuary.

He says: “In Africa the rhinos are about 20 to 25,000 the rough estimate which is available so we are proud to be part of that number, that we are now moving a journey of growing the rhino population.”

Uganda is a developing country with one of the youngest populations in the world.

As well as trying to improve diversity in nature, it faces the challenge of meeting the expectations of its people and that creates financial challenges.

Rangers at the parks believe many young people are poaching as a way to earn money.

He says the animal trafficking trade involves both local and international poachers.

“With poachers, they are also in categories. Around us we have the local people, local communities they use them, those kingpins (organized traffickers) from afar. Others might be in the country, but the majority is outside the country. You find others are from China for ivory, Singapore for ivory, so they have their go-betweens, the syndicate, who coordinates with our people around here because they are the ones who have access to some of these protected areas to kill, after killing they give to their middle men and the middle men sends it to the kingpins,” says Kirya.

Now though the wardens are deploying new technological strategies to tackle poachers.

Kirya says: “UWA has advanced we have got the earth ranger, this earth ranger is a tool which is for real time. We have cameras set inside the park, we are monitoring them from here, when a poacher passes, immediately our operators they see and communicate to the operation team.”

He says the trade in animal parts flourishes because there are multinational organizations involved.

Although the increase in the numbers of wildlife in the parks is a cause for optimism, it’s also creating conflict with people who live in the surrounding communities.

“For whatever we are trying to do our, economic activities, where we thought we could get money especially cultivation, we could be affected by the elephants, the elephants could come destroy the crops from whatever stage that is during planting, during weeding, and during harvesting they could still continue and even destroy the harvested ones,” says local man Bwambale Byamutima.

His land has been destroyed by elephants and he has lost everything.

Sam Mwandha the Executive Director of says the wildlife authority is trying to ensure that the challenge of human-wildlife conflict is resolved.

“Our success also has been a problem in that the wildlife numbers have grown, you see the area that 2000 elephants can stay in is normally much smaller that an area of 8000 and because the population has grown people have settled closer to the protected areas with the wildlife numbers that have increased have also increased the challenges with wildlife conflict”, Sam Mwandha says.

The Uganda Wildlife Authority is now building electric fences to prevent the animals from straying in the nearby villages.

It says areas in which electric fences have been erected are seeing improvements with the communities more confident about the security of their crops.

Barbara Ndagire the Community Liaison Officer at Queen Elizabeth National Park says people are more likely to appreciate the importance of conservation if it doesn’t threaten their livelihoods.

“Our relationship with the communities in these particular areas they have been boarded off electric fence lines. We have good relations with these communicates when we come to talk about park conservation and its impact, its importance they now appreciate.”