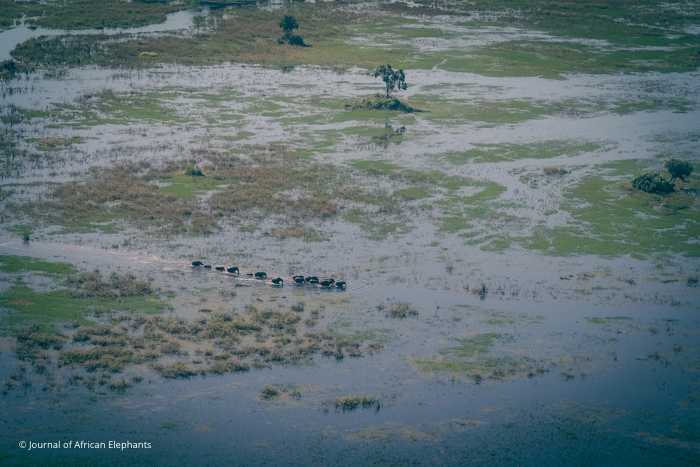 That’s the advice of Professor Rob Slotow, who says protected areas need to be sufficiently diverse and robust to bounce back from a range of major disturbances such as storms, drought, heat waves and diseases.

Reserve managers often agonise over whether a particular park has too many or too few elephants. Instead, they should look at whether natural ecosystems are functioning properly to support biodiversity.

That’s the advice of Professor Rob Slotow, who says protected areas need to be sufficiently diverse and robust to bounce back from a range of major disturbances such as storms, drought, heat waves, and diseases. Many of these are exacerbated by global and climate change, with increasing challenges.

Focusing on conserving one species and its numbers for a given size piece of land — known as the “stocking density” — was old-school, he said, pointing out that the current thinking was about keeping landscapes healthily storing carbon, cleaning the air and decomposing waste.

Professor Rob Slotow argues that it’s not intrinsic natural behaviour for elephants to be aggressive toward people, but a sign of stress.
His presentation at the annual event will be on the topic, “Holistic evaluation of elephant management interventions in South Africa” and he hopes it will provide an antidote to the less than rigorous approaches followed in some quarters. Slotow said only one-third of reserves based their elephant population decisions “on data”.

He said it was a misconception that plans to cull elephants to reduce population size were widespread. In reality, “fewer than half of reserves would consider culling”. Though permitted legally, the “inhumane” way culling was done, was probably unconstitutional, as documented in a recent study.

Intricacies
Slotow said that before any elephant management decisions were made, the intricacies of the particular natural system where they lived and the effect the decisions would have on the welfare and wellbeing of the animals, and on environmental health, the wellbeing of people living near the affected park, and tourism needed to be carefully weighed.

Managers know their reserves will draw enormous flak if they green-light culling and hunting elephants, with grim consequences for the tourism revenue that props up conservation. Slotow’s study of social media perceptions of elephant population control revealed outrage for hunting or culling.

He said he would always rely on data and evidence to make professional recommendations for elephant management, and acknowledged that the “incredible societies elephants have” made culling a difficult notion for him to personally support.

This was particularly the case today with all the alternatives available for population control. These include contraceptives, dropping fences and expanding reserves to include community areas — methods that hold the promise of improving animal welfare, human wellbeing and the health of the environment in a sustainable manner, he said.

Tantrum Mystery
Slotow has first-hand experience of why it is vital to understand the complexity of problems before trying to find solutions.

An expert in elephant behaviour, he was part of a team that famously solved the mystery of why orphan male elephants were killing rhinos at Pilanesberg National Park.

The park, north of Rustenburg, was established in 1994 on old cattle farms and elephants were introduced — two adult cows and younger orphans. Some 15 years later, the orphans had grown into boisterous teenagers and rangers started finding dead rhinos with tusk wounds, and saw young elephants chasing rhinos.

The team moved “father figure” elephants into the park and established a social hierarchy that put an end to the attacks on the rhinos.

Milestone
It was an important piece of research-led elephant work and marked a milestone in a journey with elephants that started for Slotow when he was a boy and when, rather than fascination, he felt bone-chilling fear for the mighty animals.

He recalls the fear that gripped him as a seven-year-old approaching blind bends during drives in the Kruger National Park with his family.

“I can remember living in fear of rogue elephants that were potentially going to crush our vehicle and chase us. For me, it is a key personal experience that’s formulated a lot of the way I think. Once I started working more with elephants and understanding their social behaviour and how the system is supposed to work, it gave me a chance to understand where the system was not working properly. It’s not a natural behaviour for elephants to be chasing people around the landscape and is indicative of something that’s wrong in the system.”

If elephants keep looking at you, your presence is stressing them out, Slotow said. If they entirely ignore you, as Slotow witnessed for the first time in 1998 in Kenya’s Amboseli National Park, it’s a good sign: they are relaxed. Slotow’s motto is “Happy elephants and happy people!”