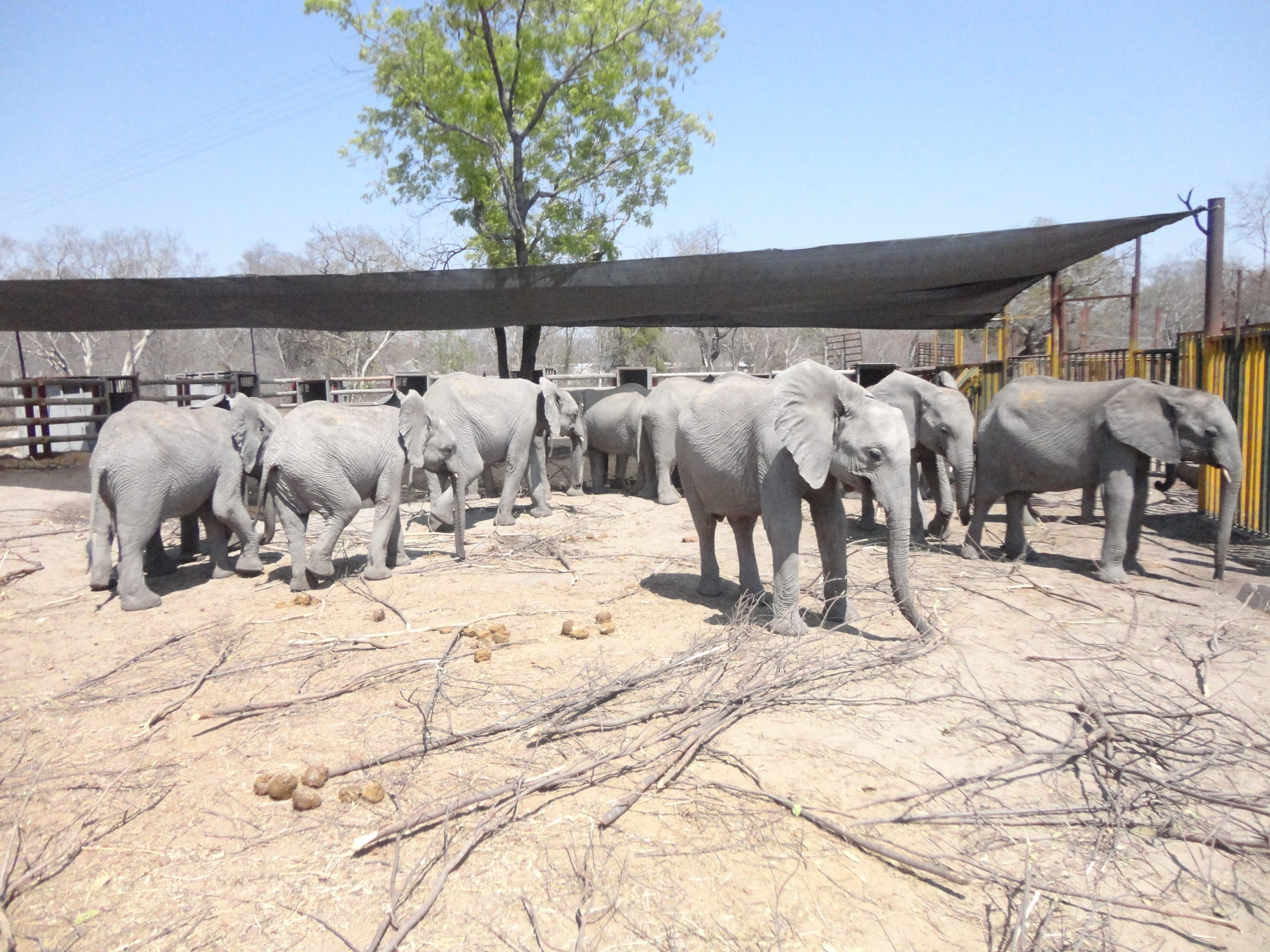 By Roland Olifant – The Telegraph

Three dozen baby elephants at the centre of a controversy over the sale of wildlife to Chinese zoos have left Zimbabwe after they were loaded secretly onto a cargo flight, the Telegraph has learnt.

Thirty-two of 37 young elephants were removed from a holding facility in Hwange National Park in the early hours of Thursday morning and loaded onto a Saudia Cargo jet at Victoria Falls airport in the afternoon, sources close to transfer said.

Five of the elephants were rejected, apparently for health reasons.

The Zimbabwe National Society for the Protection of Animals, the national animal welfare agency, confirmed the reports but said its inspectors had been denied access to the elephants to check on their welfare.

“Inspectors on the ground have confirmed that an unknown number of elephants were loaded at Victoria Falls airport. The destination and of which is unknown. The buyers are unknown and the condition of the animals are unknown,” a source close to the society said.

“The airport was on lock down. There was  no transparency and it was very secretive,” the source said.

The young elephants, who are believed to have been forcibly separated from their parents in the wild, have been at the centre of a legal battle since footage of them being held in pen in the Hwange national park emerged in February.

Wildlife activists say the group have been sold to a Chinese safari park, and have warned that the sale might breach Zimbabwean law because details of the deal, including the price, the customer, and the animals’ final destination have not been made public.

The People and Earth Solidarity Law Network, a Zimbabwean NGO, filed a lawsuit demanding the government release details of the sale of the elephants in May.

The case has yet to go before a judge, and last week the group warned the Zimbabwe National Parks Authority that any attempt to export the elephants before the case was resolved would amount to contempt of court.

Zimbabwean wildlife activists who mounted a legal challenge in an attempted to block the export said the move amounted to contempt of court.

The ZNSPCA, the equivalent of Britain’s RSPCA, opened legal proceedings against the Zimbabwe National Parks authority after inspectors were denied access to the holding pen last week.

The Telegraph understands the group is now seeking a High Court order to force Zim Parks to grant inspectors to the elephants that were reportedly left behind.

Tinashe Farawo, a spokesman for Zimbabwe National Parks, said he was not aware of the transfer.