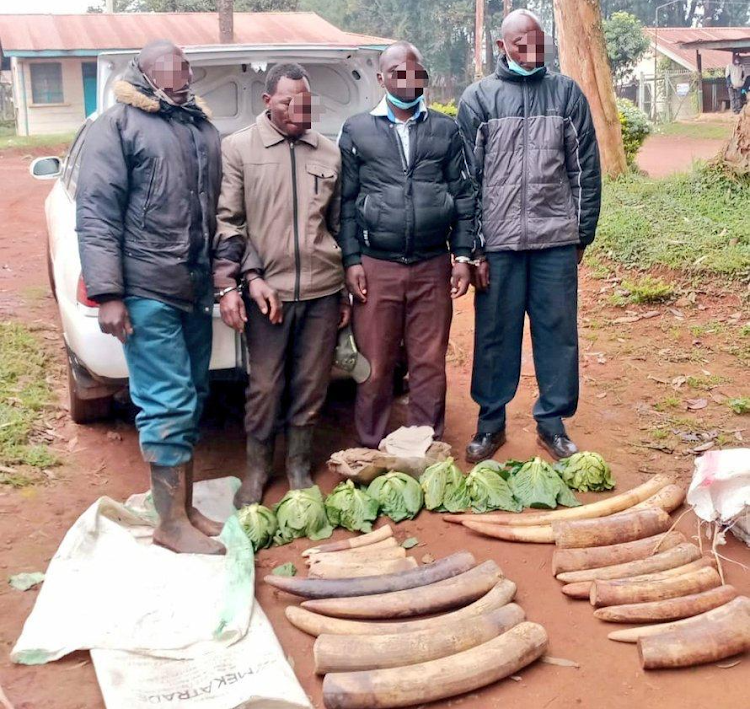 In the past month at least three Zambians have been jailed for 5 years for illegal possession of ivory.

On 7 May 2020, the Subordinate Court in Siavonga handed a five-year prison sentence to George Elijah (51), and Enock Mwiinga (30), who were arrested for illegal possession of 23 kilograms of elephant ivory.

On 19 May 2020, the Subordinate Court in Mpika handed the same sentence to Sydney Musonda (26), who was caught with 2 kilograms of ivory.

Stories of Zambians being arrested for illegal possession of ivory, like the ones above, are becoming common, and on face value, one may even question whether these cases, which often involve small quantities of ivory, are harmful.

But when you consider that the seemingly isolated cases are actually not isolated, that they are controlled by the same serious, organised, transnational criminal syndicates which hire low level poachers from different parts of the country to do their bidding for very little return, the outlook changes.

When you add up the “small” quantities of ivory collected from, hundreds of local poachers, over months, years, you end up with a multi-billion dollar illegal business that mainly enriches a handful of transnational organized criminal networks, who cash in on the black-market demand for ivory in China, Vietnam, and other Asian countries.

Don’t be fooled that this money is being made in Zambia. The local poachers are only getting a very small slice of the overall illicit profit which mainly ends up in the country of destination, mostly in Asia. Zambians are risking their lives in the bush (either to be arrested or killed by a wild animal) for a tiny sum just to put ivory in the shops of the rich men in Asia.

This is supported by a 2010 report by the Environmental Investigation Agency (EIA) titled OPEN SEASON: The Burgeoning Illegal Ivory Trade in Tanzania and Zambia, which claims that one of the largest ivory seizures since the ivory trade ban happened in Singapore in 2002, where authorities seized 6.2 tonnes (6,200kg) of ivory that originated almost entirely from Zambia.

The report also states that a six tonne (6,000kg) ivory consignment that shipped from Zambia was seized in the Philippines in late 2005.

There have also been some large seizures that have occurred within Zambia. In 2017, law enforcement officers seized 384 kilograms of ivory from eight traffickers in western Zambia, as they were trying to whisk it out of the country through Namibia.

These seizures clearly point to organised crime. It is also clear that to fully appreciate the damage that the illegal ivory trade causes on Zambia’s elephants, we shouldn’t look at poachers as individual offenders, but as collective members who support an illegal and unsustainable industry, and which has the potential to wipe out elephants for future generations in Zambia and Africa as a whole.

These same criminal groups once wiped out Zambia’s black rhino population, which was estimated at 13,000 in 1981 and declared extinct by 1998. In fact, Zambia’s elephant population is still in the recovery stage from the rampant poaching era of the 1990s when nearly 90 percent of the country’s elephants were killed for their ivory.

Elephants are an iconic species, vital to the eco-system in wild areas and attract thousands of local and foreign tourists per year to Zambia’s national parks. They are far more valuable alive than dead to both our environment and the economy. This is why the Zambian Government has legislated that illegal possession of ivory is punishable by 5 to 10 years in prison.

Zambians who allow themselves to be used in the illegal and indiscriminate poaching of elephants for ivory, are actively participating in the looting of Zambia’s wildlife resources, putting the country’s wealth and cultural heritage in the hands of a greedy few, while their communities are left in abject poverty.