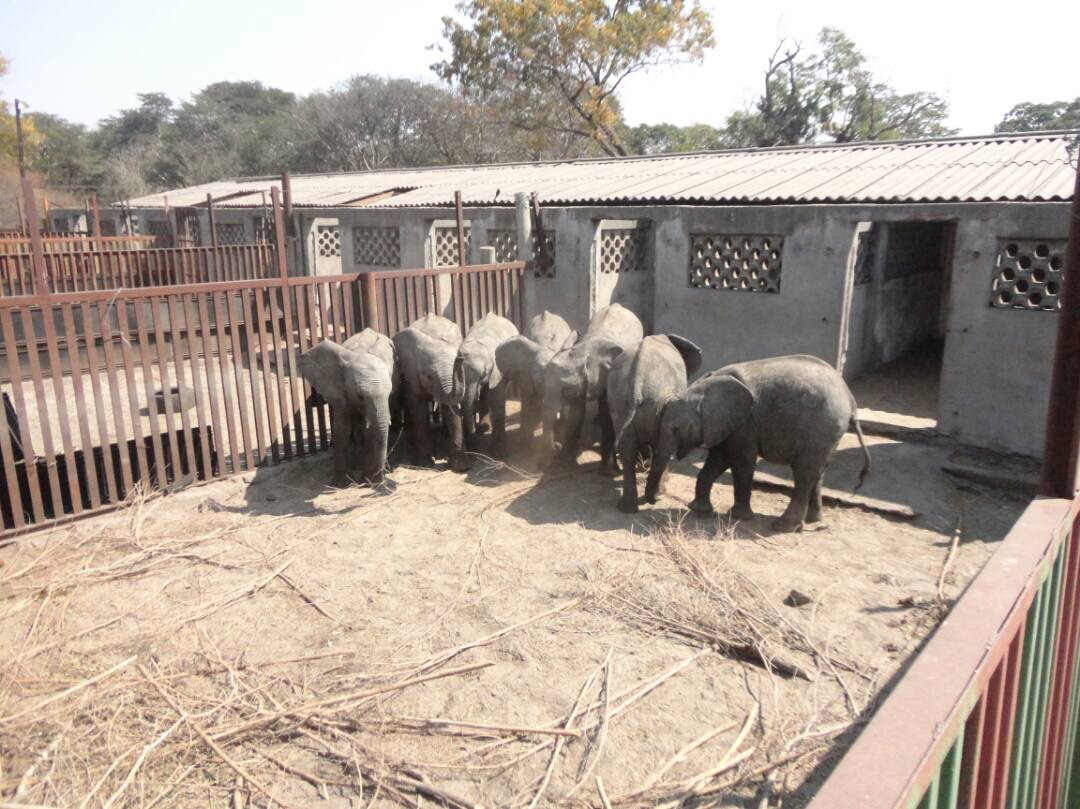 108 baby elephants sold by Zimbabwe to zoos overseas since 2012

LONDON (22 May 2019) – The Zimbabwe Elephant Foundation will be joined on Friday 24th May by international NGOs, as well as actor and conservationist, Dan Richardson, in a silent protest outside the Chinese Embassy against the exploitative export of wild-caught baby elephants from Zimbabwe to foreign destinations, mainly zoos in China. Humane Society International, Animal Defenders International, Action for Elephants UK and the Campaign to Ban Trophy Hunting will stand in solidarity with protest organiser and ZEF founder and director Miss Nomusa Dube to shine a spotlight on the abusive practice that sees elephants as young as two years old being stolen from their mothers for lucrative export to foreign zoos.

According to trade data of the Convention on International Trade in Endangered Species of Wild Fauna and Flora, Zimbabwe has exported 108 young elephants to zoos in China and the UAE since 2012. Humane Society International has vocally opposed this trade for a number of years. Heart-breaking footage released by HSI and others has shown 14 elephant calves being kicked and beaten during the capture process in 2017 and 35 young elephants in 2019 pacing in their pens in Hwange National Park, showing signs of stress and demonstrating wide-eyed, ear-splayed defensive postures as they await export to foreign lands. In 2016, Zimbabwe exported 35 baby elephants to Chinese zoos. One of the elephants died during transit or after arrival. Photos of the few surviving baby elephants, standing alone in dark, barren cells, were shocking.

These captures have sparked outrage from other African countries. In February this year, Kenya’s Cabinet Secretary for Tourism & Wildlife, The Honourable Najib Balala remarked, “Trade in live elephants should only be for the purpose of enhancing the conservation of the species in its natural habitats (in-situ) as the only appropriate and acceptable destination.” The African Elephant Coalition, an alliance of 32 African countries, has also called for an end to the export of wild elephants to zoos and other captive facilities. And in March 2019 the People and Earth Solidarity Law Network, together with seven Zimbabwean NGOs, submitted    a petition to the Zimbabwean Parliament calling for a ban on the export of young elephants and improvements to the welfare of wildlife in Zimbabwe.

Protest organiser, Nomusa Dube of the Zimbabwe Elephant Foundation said: “What China needs to understand is that not everything in Africa is for sale.”

Miss Dube wrote and open letter to Zimbabwe’s President Mnangagwa, which reads: “Seeing the wildlife as something which can be uplifted and sold like a ripe fruit off a tree into a terrifying chasm. In the chasm lies an insatiable demand for all wildlife and her products. So huge is this demand that we could sell or kill every single living thing in Zimbabwe, it would be like one drop of water going into an ocean…Zimbabwe’s Elephants are the jewels in her crown, do not sell them.”