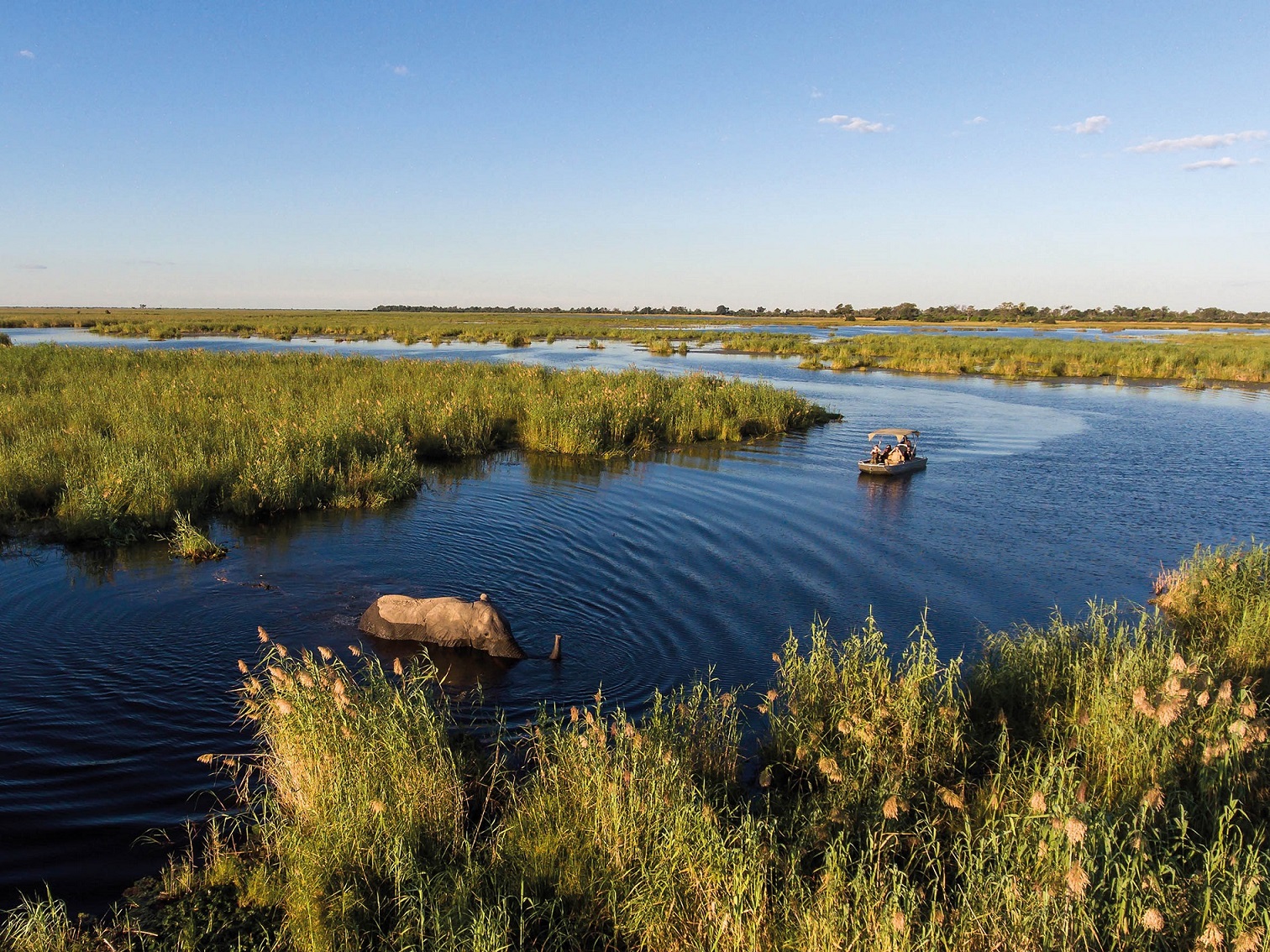 By Leonard Ncube, The Herald / All Africa

The Kavango Zambezi Transfrontier Conservation Area (KAZA-TFCA) requires about US$3 million to conduct an elephant census through an aerial survey before the end of the year.

KAZA secretariat executive director, Dr Nyambe Nyambe, said the bloc’s member states were committed to the creation of safe havens for the elephants with 80 percent of the budget raised so far.

This comes as KAZA joins the rest of the world in commemorating the 2021 World Elephant Day, which falls every year on August 12 with the aim of making people aware of better treatment of captive elephants and against their illegal poaching and trade for ivory.

It was initiated by the Elephant Reintroduction Foundation and filmmakers Patricia Sims and Michael Clark in 2011 and the first edition was in on August 12, 2012.

Elephants are part of the “Big 5” wildlife that makes the bulk of tourism preference for tourists. Hence, they are key to the industry as clients enjoy game drives and interaction with the jumbos.

“We cannot imagine a world without the elephants given their incalculable importance to the ecosystems, livelihoods of approximately 2,5 million people living in the KAZA region and socio-economic development of the partner states,” said Dr Nyambe.

“As KAZA secretariat, we appreciate the importance and magnitude of the survey. We are taking the necessary measures to ensure that there is effective coordination and management of the survey.

“The support being rendered by different stakeholders is encouraging and strengthens our confidence that the synchronised transboundary survey will be successful, on time and within budget.”

The aerial survey aligns with member states’ recognition that connectivity across the broader KAZA landscape is essential for the future of the region’s wildlife, including elephants.

Dr Nyambe said this must be underpinned by sound ecological understanding of wildlife movements and other dynamics.

“The KAZA secretariat is also pleased that significant progress has been made in preparing for KAZA wide synchronised aerial survey to determine numbers and seasonal distributions.

“To date, key milestones achieved in preparation for the survey include the development of a standardised methodology consistent with the recently revised MIKE aerial survey standards (CITES MIKE 2020) and securing nearly 80 percent of the approximately US$3 million budget required.

“Partner states are set to officially launch the survey during the fourth quarter of 2021 with the actual survey implementation scheduled for the dry season between July and October 2022,” he said.

Dr Nyambe reaffirmed KAZA’s commitment to coordinating efforts of the five member states — Angola, Botswana, Namibia, Zambia and Zimbabwe, and various stakeholders in the management of the remaining African Savannah elephants found in the landscape.

There is an estimated 220,000 head of elephants in the KAZA region, with Botswana having the highest number.

He said, as the world celebrates World Elephant Day, stakeholders are encouraged to note and reflect on the responsibility of the bloc in managing the globally significant elephant population in KAZA TFCA.

The KAZA TFCA secretariat was established in 2011 to manage the day-to-day operations of the TFCA and its overall mandate is to facilitate the development of the bloc into a world-class conservation area and premier tourism destination.