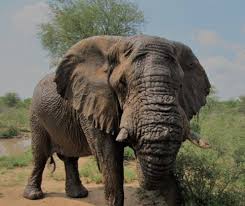 The Centre for Natural Resource Governance (CNRG) has called on government to rescind its decision to open the country to trophy hunters with over 500 elephants to be placed under its hunting quota.

The lobby group has advised the government to seek the support of international conservation organisations in finding additional resources to improve conservation.

The group has also called on authorities to be transparent, democratic and accountable with decision making processes that affect Zimbabwe’s natural resources and the country’s standing in the international community.

This week, the Zimbabwe Parks and Wildlife Management Authority (ZimParks) said it was putting up over 500 elephants for trophy hunting to fund its operations, raising international condemnation from animal rights groups including CNRG.

“The Government of Zimbabwe has been placing 500 elephants under a hunting quota for the past 30 years. This translates to about 15,000 elephants being killed by government licensed animal killers since 1991. Poaching has continued unabated despite trophy hunting under the guise of funding conservation,” CNRG said in a statement.

“As CNRG, we believe that animals do not need to pay with their lives to ensure that their species are protected. It is the responsibility of the government to avail funds for the protection and conservation of biodiversity.

“Trophy hunting is an unethical practice that agitates elephants and other animals; and also leads to increased incidences of human wildlife conflict. Whilst elephants are generally peaceful animals, they retaliate if a member of their family is attacked, killed or injured.

“Elephants live as herds and they defend and protect each other like any other animal species that live as families. Killing one elephant has serious repercussions and can cause huge emotional distress to the entire herd. Whilst trophy hunters, armed with guns, are well-trained and also enjoy extra protection from rangers and evacuate after their temporary hunting escapades, it is the locals who bear the brunt of wildlife vengeance,” it said.

It added the locals do not have anything to defend themselves with when elephants attack.

In 2020, at least 60 people were killed while 50 others were left injured by wild animals in Zimbabwe.

Zimparks received 1,500 distress calls in the same period. Elephants were responsible for 50% of the killings.

CNRG said hunters are merciless killers who target the biggest and grown elephants for their trophies.

“Thus, trophy hunting decimates impressive specimens leaving small and dwarfish ones. The placement of Zimbabwe’s 500 elephants under a hunting quota exposes the country to the risk of remaining with inferior species which are unimpressive even to the tourists.

“According to the International Union for Conservation of Nature (IUCN), the revered African elephant is now in the Red List of Threatened Species because of unilateral and undemocratic decisions like the one made by the Government of Zimbabwe. Whilst Zimbabwe boasts of a large elephant herd, estimated to be over 80,000, the population is at the mercy of government officials selling off baby elephants, poachers, climate change induced droughts, diseases and government licensed killers.”