Zimbabwe: Poachers Use Cyanide to Kill Jumbo in Lupane 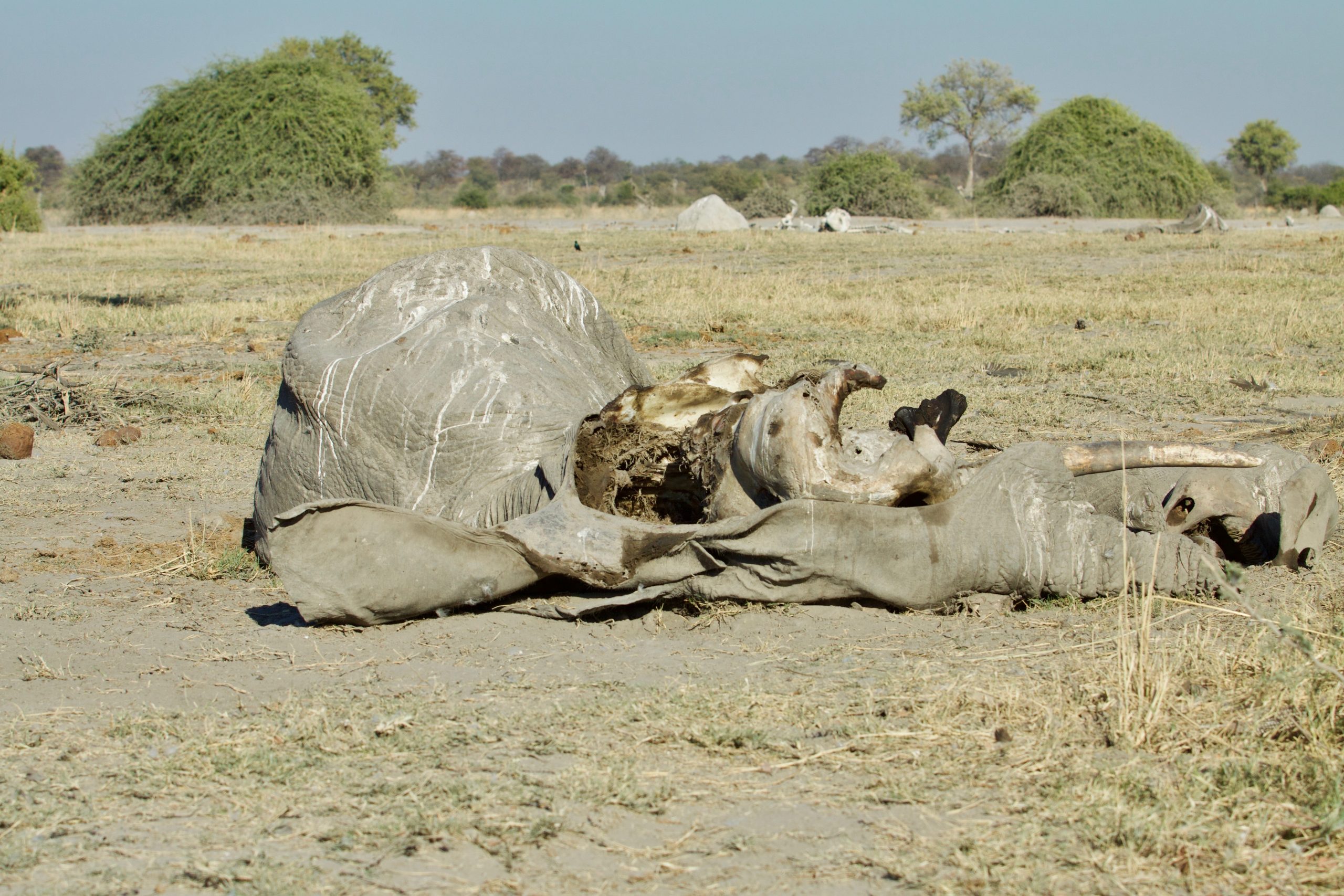 By Mary Taruvinga, The New Zimbabwe

Zimparks rangers stumbled upon a decomposing elephant carcass suspected to have fallen victim to cyanide poisoning in Lupane Friday.

The incident has triggered fears poachers using the highly potent chemical may be on the loose once again, nearly a decade after Zimbabwe lost hundreds of jumbo and other species in similar fashion.

The tragedy, which occurred in 2013, was dubbed as Zimbabwe’s worst ecological disaster in history.

Investigations have since started as police have ruled out natural death after establishing there was a bucket containing some liquid substance close to the carcass.

However, the dead elephant still had its tusks intact.

“The ZRP is investigating a case of suspected poaching by cyanide poisoning in which a carcass of a decomposed elephant cow was found in Ngano Forestry near Sikungwa Village, Lupane on 15/03/22.

“The carcass had its tusks intact, however, a half filled 10 litre bucket with a liquid substance suspected to be cyanide, was recovered close to the elephant carcass,” police spokesman Paul Nyathi said.

In 2020, the country mysteriously lost 11elephants which were again found with the tusks still on their bodies, ruling out poaching.

The mysterious deaths appear similar to the deaths of more than 275 elephants in neighbouring Botswana during the same year.

However, in recent years, poachers in Zimbabwe have poisoned dozens of elephants and taken their tusks to sell them to illegal ivory traders.

Zimbabwe has the second largest, estimated at 85,000 after Botswana which has the world’s largest elephant population estimated at 156,000.

There was a huge scandal in Zimbabwe back in 2015 with the Zimbabwe Wildlife Management Authority reporting three separate incidents in which 40 elephants were killed by cyanide poisoning.