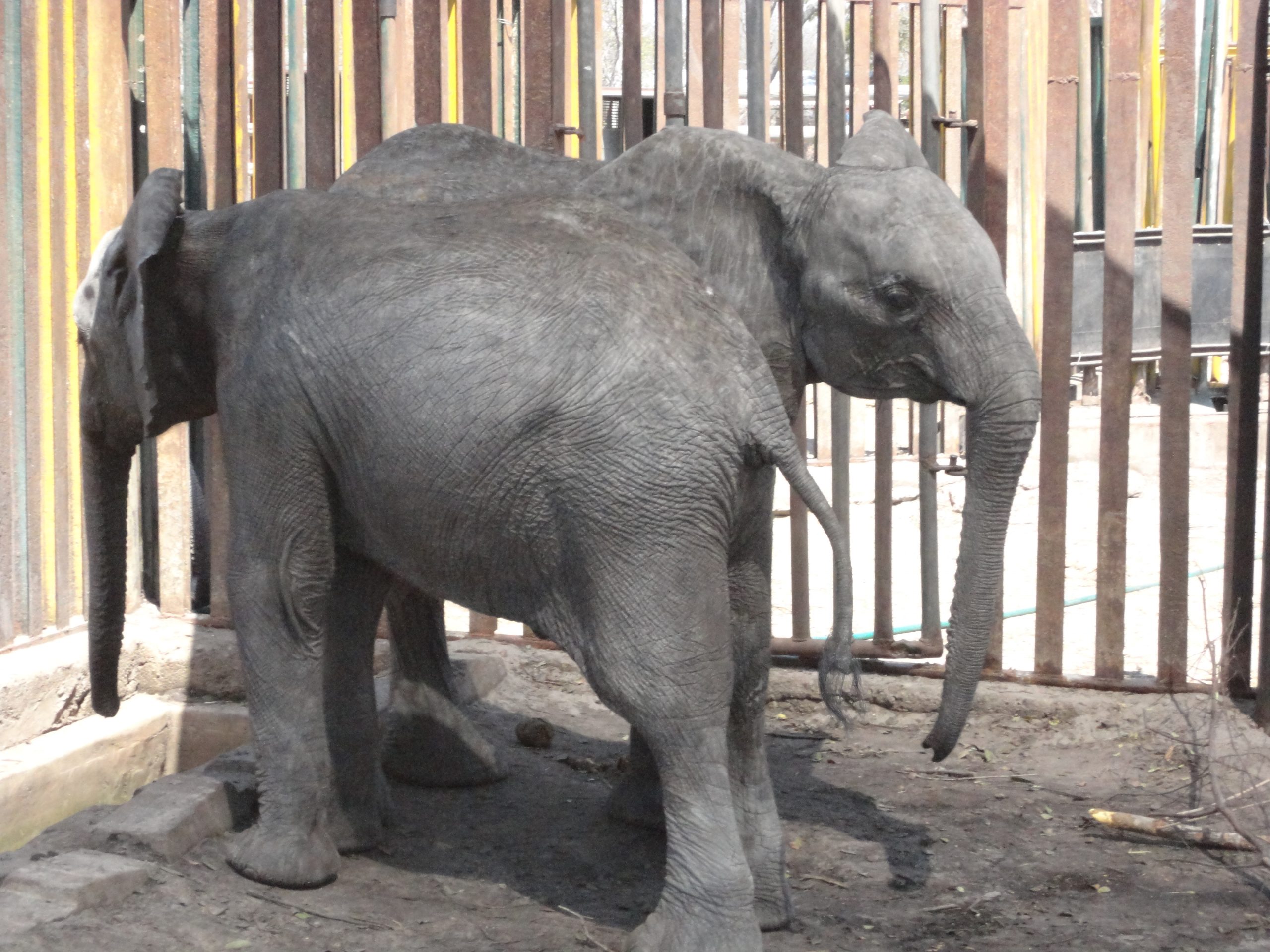 By Dobi Finley – Plant Based News

The global community, including many African nations, are increasingly in agreement on the need to conserve these precious animals. Yet Zimbabwe continues to allow the practice of ripping baby elephants from their families and homes and sending them to live and die in captivity

Baby elephants from the wild are being torn from their families and habitats for export to captivity in China, according to Conservation Action Trust.

The organization says 35 wild baby elephants have been ripped away from their mothers and are awaiting export to zoos, safari parks, and circuses in China.

The elephant calves, some as young as two years old, are currently being held in pens in Hwange National Park as the government of Zimbabwe is preparing travel crates and documents for the 7,000-mile journey.

Captured from the wild

This is the fourth time since 2012 that young elephants have been captured and transported from the wild in Zimbabwe to captivity in China, totaling 108 elephants in this time period.

Official Zimbabwean authorities, such as the Zimbabwe Parks and Wildlife Management Authority, continue to allow and enable these captures. These exports continue despite opposition from other African countries, world-renowned elephant experts, and several animal rights organizations.

Humane Society International has obtained video footage of the young elephants awaiting export to Chinese zoos immediately after their capture in Hwange National Park. The footage shows the calves frantically pacing back and forth in apparent distress while in the park’s holding pens.

This abuse has happened at the hands of the Zimbabwe Parks and Wildlife Management Authority. Back in 2016, 30 young elephants were exported from Zimbabwe to Chinese zoos, and several of them died during transit or shortly after arrival.

Zimbabwe’s repeated capture and export of infant elephants is especially concerning to campaigners as Chinese zoos and safari parks do not have any legally-mandated animal welfare standards.

Many zoos throughout China keep animals in isolation and neglect, with very poor veterinary care. Ever since these exports started, they have sparked global condemnation, because of the horrific conditions in which the young elephants are kept. The African Elephant Coalition (AEC), a coalition of 32 African elephant range states, has repeatedly spoken out against the capture and trade of wild baby elephants for captivity.

This entire situation is all the more tragic when considering that African elephants are currently listed as a threatened species, with less than 500,000 remaining in the wild. The global community, including many African nations, are increasingly in agreement on the need to conserve these precious animals. Yet Zimbabwe continues to allow this horrific practice of ripping baby elephants from their families and homes and sending them to live and die in captivity in zoos.

If you are outraged by this, please take a moment to contact CITES (the Convention on International Trade in Endangered Species). CITES is an international agreement between governments that aims is to ensure that international trade in specimens of wild animals and plants does not threaten their survival. Both Zimbabwe and China have signed this agreement, and both are currently in clear violation. According to the CITES agreement regarding International Trade In Live Elephants, elephants can only be exported from Zimbabwe if It is confirmed that the animals go to ‘appropriate and acceptable destinations’.

Chinese zoos are not ‘appropriate and acceptable destinations’, as China does not even have any animal welfare standards. According to the CITES agreement Appendix I: the export of live elephants can only be allowed if the animals will ‘not to be used for primarily commercial purposes’. Which means they cannot be sent to zoos. You can contact CITES directly and make your voice heard by emailing info@cites.org.